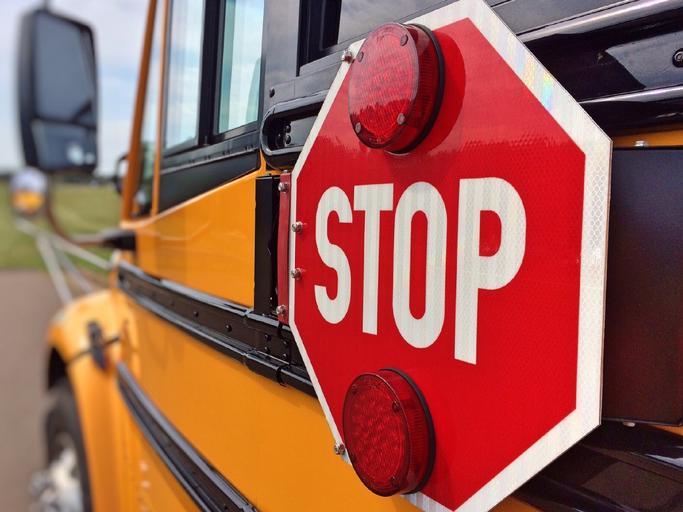 When New York City schools shut down at the start of the pandemic, thousands of school bus drivers were out of a job. Many drivers lost health benefits and are relying on unemployment to get by, leaving others with no choice but to retire.

Mike Cordiello, the local president of Amalgamated Transit Union Local 1181, says for five months his members were out of work with no benefits and no pay. Cordiello, who represents some 8,000 school bus workers in New York and a few thousand more throughout the state, added that hundreds were sick and 34 died from COVID-19.

“New York City alone is short 200 drivers and we’re not even at full capacity yet,” he said. “Schools are still closing because of COVID-19.”

Cordiello adds that the shortage is “even worse now” than in 2013 when 3,000 school bus drivers lost their jobs.

The COVID-19 pandemic has worsened the ongoing school bus driver shortage that has lasted for years. Many have left work or lost their jobs and pay, having to scramble to make ends meet. The long-standing lack of bus drivers poses a problem with in-person classes likely returning in the fall.

A report done by HopSkipDrive, shows that 78% of participants – school transportation staff and superintendents – are constrained by the scarcity of bus drivers. Eighty-one percent say COVID-19 has exacerbated the existing shortage of drivers.

There were about 370,000 school bus drivers employed in 2019, according to the U.S. Department of Labor. An updated report from the U.S. Bureau of Labor Statistics in March shows that school bus drivers have 314,920 people employed, a drastic drop from the previous year.

“As a result of the pandemic, we’ve seen retirement like we haven’t seen before,” Cordiello said. From April 2020 to March 2021, “there was a 21% increase in our members retiring.”

Cordiello says that many of the older school bus drivers have been a little nervous to drive during the pandemic and are leaving primarily for safety reasons.

With new safety protocols, cleaning regimens and fear of exposure, retaining bus drivers remains a challenge – especially since 73% of school bus drivers are over the age of 55.

“There is a shortage of drivers and people are leaving not only because of the grueling year of illness, but the loss of work, the loss of medical benefits,” he said. “It’s been a very rough year for our members.”

School bus drivers are just one of many jobs that hinge on in-person interaction. With schools going virtual, there were minimal options for school bus drivers before having jobs cut entirely. There has also been a decrease in hiring and training new drivers, which can take weeks.

Frank Butler, 65, has been a school bus driver for 14 years in McMinnville, Ore. He began training drivers in 2016. Initially, his school district planned for in-person learning to continue in September 2020. After training new drivers and preparing for what he thought would be a bit of normalcy, he was furloughed and hasn’t driven since.

“In July 2020, we started recruiting and training drivers in anticipation of that plan,” Butler said. “Due to the state of Oregon refusing to allow in-person schooling, the ‘wheels fell off the bus’ and all hiring and training came to an immediate halt.

“I tried to find employment at other locations as a trainer and tester within the company to be able to maintain and keep my state of Oregon training certifications, but was blackballed due to being on furlough and unable to transfer by policy,” he added.

The pandemic has amplified the concerns school bus drivers have voiced for years regarding pay and benefits. The average median pay for a school bus driver in 2020 was $16.67 – only an 11 cent increase from 2018. The lowest pay is $9.53, according to the U.S. Bureau of Labor Statistics.

“[Improving benefits] I think that’s how you get people back to work,” Cordiello said. “So unless the industry as a whole does something different to attract drivers, I think this is going to continue. And the pandemic just made it a little bit worse.”

The ongoing school bus driver shortage is looking like it will continue even as vaccinations increase throughout the country. The safety requirements for bus drivers will require more training and cleaning time, which may deter new drivers from coming on board in addition to concerns about low wages.

Cher Fromm, 61, has been driving school buses in Oregon for almost half of her life. Her job as a driver was just extra “fun money,” while her husband was the real “breadwinner.” When he died of Leukemia in 1994, driving buses became her main source of income. Once COVID-19 became a real threat, her income slowly disappeared.

“My company and school district scrambled for ways to keep our drivers at least partly employed. After a couple of weeks of uncertainty, my co-workers and I were called upon to deliver food to stay at home children,” she said. “We worked for one hour a day and got paid for four hours of our time. It wasn’t ‘bad,’ but the pay was definitely not enough to survive on.”

With over 50 million students attending elementary, middle and high school across the U.S., school bus drivers have played a crucial role in getting them to and from school.

Even so, Cordiello thinks things will improve going forward.

“I think about 50% of our members are vaccinated,” Cordiello said. “And we signed up 40 new people to join in just one day and most of our people are back to work.”

With 38.2% of the U.S. population fully vaccinated and children as young as 12 now able to receive a dose, there is hope that schools will fully reopen in the fall.

“I am proud of the people I represent because when called on, they did their jobs and some of them are true heroes and didn’t make it,” he added. “But they are always there for the children.