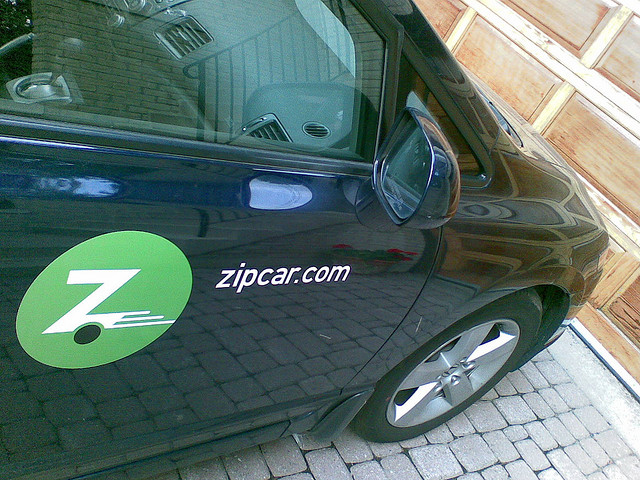 As car sharing services expand across America, it seems automakers should be sweating.

Car sharing fleets grew 24 percent between 2012 and 2013, while membership went up by about the same percentage.

If more vehicles on the road are shared through services like Uber, Lyft, Zipcar and RelayRides, the auto industry could take a hit– car makers stand to lose up to 32 auto sales for each vehicle in a car sharing fleet, according to estimates by business advisory firm AlixPartners. That could mean 1.2 million fewer car purchases by 2020.

But despite these alarm bells, America’s love affair with cars isn’t likely to end anytime soon. The reason? Most Americans still commute to work by car– and that could limit how far car sharing can realistically expand.

A whopping 76 percent of American commuters drive alone to work, according to the U.S. Census American Community Survey (ACS) in 2012. That percentage hasn’t budged much in 30 years, and has even nudged up 0.2 percent since 2009. These solo car commuters far outweigh the people who get to work on public transit (5 percent), bicycle (0.6 percent), or on foot (2.9 percent).

On a per-trip basis, car sharing can also get expensive. Renting a Zipcar in New York or New Jersey can cost between $80 and $89 per day (or $9 to $10 per hour), with some variation for different plans. Meanwhile, it costs about about $12.22 per day to  own a small sedan, according to AAA, plus about $0.15 in gas per mile driven (if gas is priced at $3.49). That means if you own your own car, an average American commute of roughly 16 miles and 25 minutes each way costs $13.02.

So while upfront costs are much higher for people who choose to buy a car, on a day-to-day or trip-by-trip basis, car sharing is costlier.

“The U.S. is big and while these services may put a dent in car ownership in big cities, that doesn’t mean it will dip everywhere,” said Jesse Toprak, chief analyst of Cars.com.  “I just don’t see them as being a replacement.”

Christopher Gee is one commuter who can’t see himself giving up the freedom of owning his own car. Gee, the director of international marketing for pharmaceutical company Radient, drives about 50 minutes from his home in Los Angeles to his office in Orange County four days per week. While he could take a bus and a train as an alternative, it would double his commute time and cost more. He also uses his car during the day to make trips from his office to clinical and biotech labs.

He said couldn’t imagine being picked up for work by an Uber driver or renting someone else’s car with a service like RelayRides.

“It would definitely be too expensive,” he said. “It’s not a solution.”

While car sharing may not replace individual car ownership, these services can be a useful marketing tool for automakers.

Car companies have begun to partner with rideshare services to increase exposure to their vehicles. Since 2011, Ford has provided 1,000 models for Zipcar hubs at hundreds of college and university campuses. Ford agreed to pay roughly $2 million over two years to help defray the costs of Zipcar registration and membership for students. The deal meant college-age students spent an estimated 2 million extra hours at the wheel of Ford vehicles. “We see it as an opportunity,” said Sheryl Connelly, Ford’s Futurologist. Connelly said that ultimately she predicts that the future of car sharing and single vehicle ownership will reach a harmonious balance.

“I don’t think there’ll ever be one universal mode of vehicle engagement and ownership,” said Connelly. “I don’t envision a future right now where it’s one way or the other.”