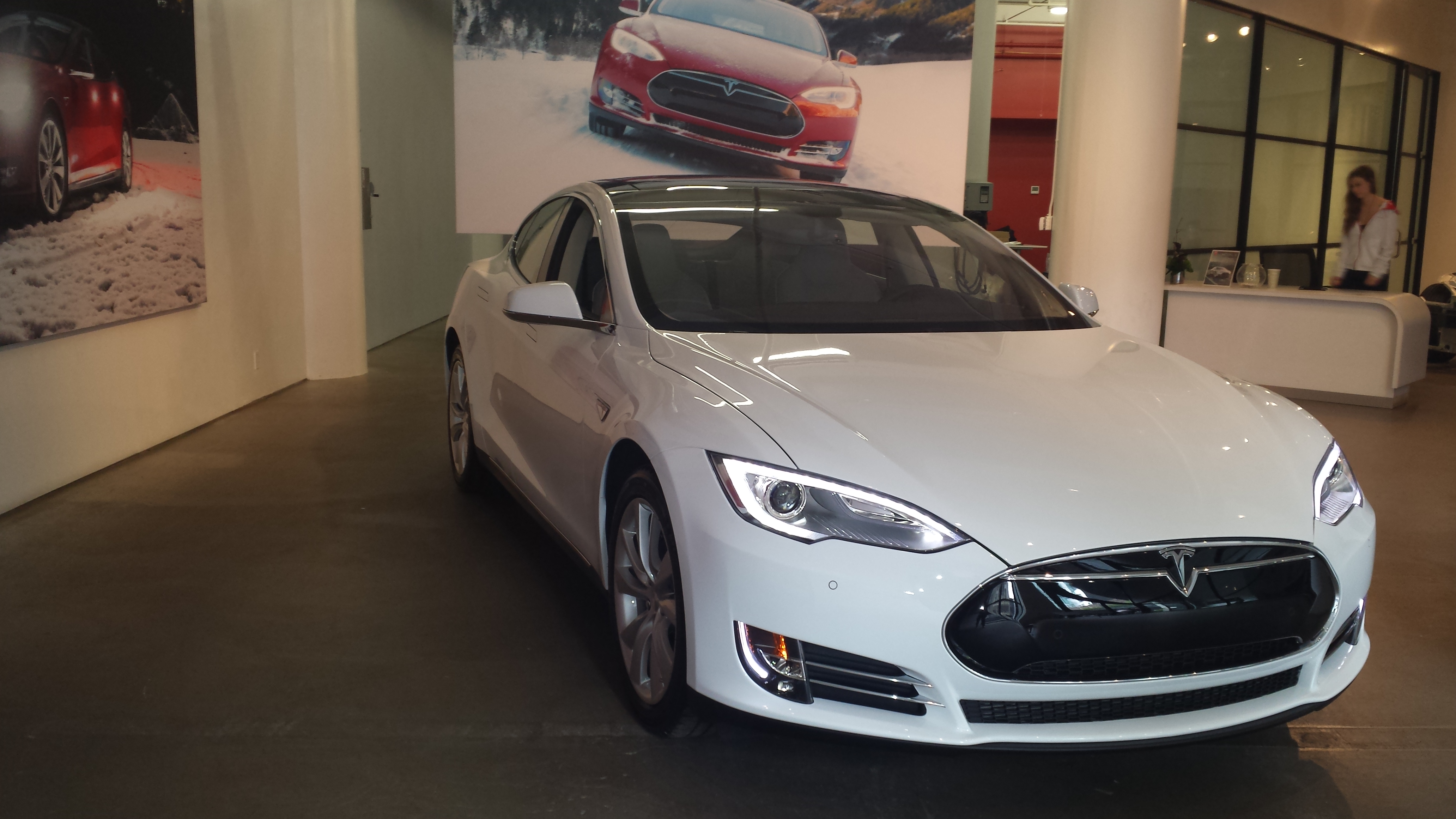 Michael Zajac wasn’t always keen on buying a Tesla car. Then he took one for a test drive at the Tesla Motors store at the Short Hills Mall in Millburn, New Jersey.

“Before I saw one in person I was a little skeptical,” said Zajac. “But I liked the store a lot. They actually let you physically go inside the car and try everything out.”

He put down a $5,000 deposit on a Tesla Model X, the company’s newest model, scheduled for release next year. No traditional franchised auto dealer was involved in the process– and Zajac didn’t mind.

A Tesla store in Chelsea.

“Tesla should be able to sell directly to customers,” he said. “Otherwise there would be a middleman and the already expensive car would be even higher in price.”

Each state has its own set of franchise laws designed to protect dealers’ autonomy. While some states, like Washington and New York, have specifically added provisions allowing Tesla to sell directly, states like Arizona, Maryland, Texas, New Jersey and most recently Missouri have taken measures to ban the Tesla sales model.

Auto dealers argue state franchise laws are justifiable. Dealers say their businesses benefit both consumers and automakers themselves, by creating price competition within auto brands and by helping large companies avoid the nightmarish task of catering to retail laws of individual states and municipalities.

Another popular defense of dealerships is that they help customers in the event that a new car needs servicing or is recalled. Collegio said that because a car is a complicated purchase, it makes sense to have a dealer involved.

Still, economists and some state legislators are skeptical of the importance of dealerships. They are increasingly siding with Tesla in the debate over its direct sales model.

“Today’s dealers should have to earn their keep. That’s how it works in other industries,” said Andrew Gavil, director of the Federal Trade Commission Office of Policy Planning. Gavil, along with two other top FTC officials, unexpectedly came out against state laws preventing Tesla’s sales model in an FTCblog post in late April.

“State regulation is limiting the scope of competition in a way that’s not necessarily beneficial for the public interest,” said Gavil. “Having to do battle jurisdiction by jurisdiction is time-consuming and costly. It makes it less likely that new entrants will come in to serve consumers.”

Tesla’s also earning support from legislators in some of its battleground states. Ever since the Motor Vehicle Commission’s direct sale ban was passed in New Jersey, two legislators have been working to reverse the regulation. Assemblymen Lou Greenwald and Tim Eustace introduced a bill in the New Jersey legislature that attempts to compromise, allowing four Tesla showrooms to operate in the state.

“The MVC made a short-sighted decision to limit Tesla’s ability to operate in New Jersey,” said Greenwald. “Bringing Tesla to New Jersey creates jobs, tax revenue, and offers their product directly to our residents.  We should be gaining the benefits from these sales rather than our residents traveling outside of our state to purchase the vehicle.”

At first glance, it may seem like these state-by-state quibbles over Tesla’s sales model are unimportant on a larger scale. After all, the American market for luxury electric vehicles priced over $70,000 is still relatively small. Tesla sold under 25,000 cars last year globally. General Motors sold nearly 3 million.

But although Tesla has a relatively small slice of the U.S. auto market, what really matters to dealers is the precedent their sales model would set. Auto dealers worry that if Tesla’s model succeeds, other carmakers may follow the company’s lead and try bypassing dealerships as well.

“This is not an issue of Tesla. Tesla is inconsequential,” said George Hoffer, a transportation economist and professor at University of Richmond. “But once you allow direct sales you can’t tell who’s going to take advantage of it. I think the Tesla model will work for any new entrant. That’s why the dealers are taking such a hard stance on it.”

Tesla’s billionaire CEO Elon Musk, for his part, has said he would rather have the controversy settled in one sweeping decision than get involved in ongoing conflicts in states like New Jersey and Missouri. But because franchise laws are decided independently by states, the odds of one sweeping federal decision are low. Musk will undoubtedly have more state-level legal battles in his future.

And his prospects look good. So far more states have passed provisions allowing Tesla sales (or allowing limited Tesla sales) than banning them altogether. Meanwhile, the list of Tesla buyers lining up to buy cars directly from the company continues to grow.

David Cislowski, a California native, added himself to a Model X waiting list just six weeks ago, after visiting Tesla showrooms in Los Angeles and the San Francisco Bay area. His name is lower than the 9,000th on the Model x wait list, but he says he doesn’t mind waiting for the vehicle. Cislowski said he sees Tesla as groundbreaking not only because of its product but also because of the way it sells to buyers.

“Why do we need a middleman?” he said. “Tesla knows their own product. Why do we need an independent sales force that adds to the price of the vehicle?”