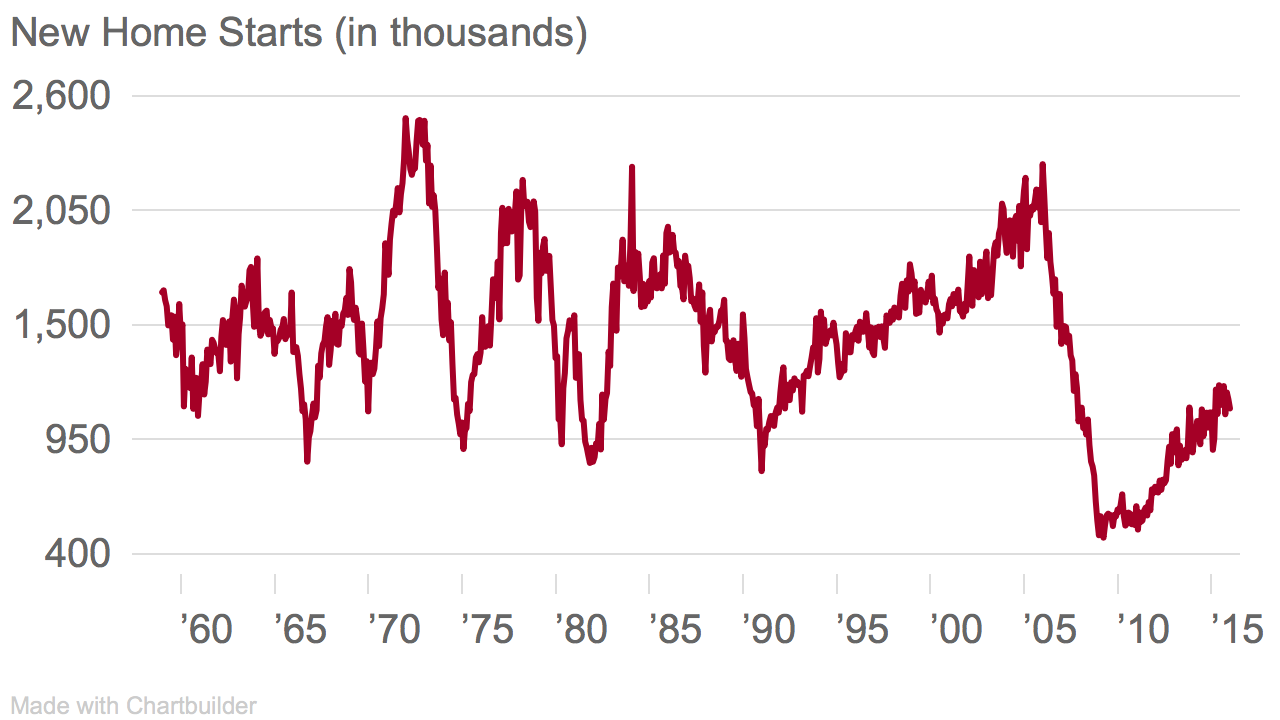 Economic uncertainty is taking a toll on the housing market, and economists and industry insiders blame a range of factors.

New home starts declined in January by 3.8 percent to a seasonally adjusted annual rate of 1.09 million from 1.14 million in December. But they remain well above the low levels of the 2008-2009 economic downturn.

“With the uncertainty and disruption in world markets, consumers are waiting to make large decisions, like buying a home, and builders are reacting to that pause,” said David Crowe, chief economist and vice president of the National Association of Home Builders.

Crowe’s forecast for 2016 is 1.25 million starts, an uptick from the 1.1 million in 2015. One bullish sign was that single-family housing starts are up 3.5 percent from a year ago.

One cause of the lower numbers may be from weakness in the oil industry.

“Texas and other energy-producing states have accounted for a substantial portion of new construction in recent years,” said Zillow Senior Economist Aaron Terrazas. “Uncertainty about their trajectory may have contributed to the low number of starts.”

The National Association of Home Builders predicts construction to continue to post solid gains in New York City and many other cities.

Neighboring Connecticut, however, is suffering and its demographic trend is negative.

In the past, New York-based hedge funds and financial services companies moved to commuter areas like Stamford, Danbury, and Norwalk, according to the publisher of Connecticut Builder Magazine, Joanne Carroll.

In January, General Electric announced it will relocate its headquarters from Fairfield to Boston. Other financial services firms are downsizing as well.

Since the 2008 recession, housing starts continue to increase nationally. While the current rate of 1.09 million is less than half of where it was a decade ago, it is more than double its rate of 478,000 in April 2009. Building permits were at a seasonally adjusted annual rate of 1.20 million, which is 0.2 percent below the revised rate for the previous month.