5 Things to Watch in the March Housing Starts Report 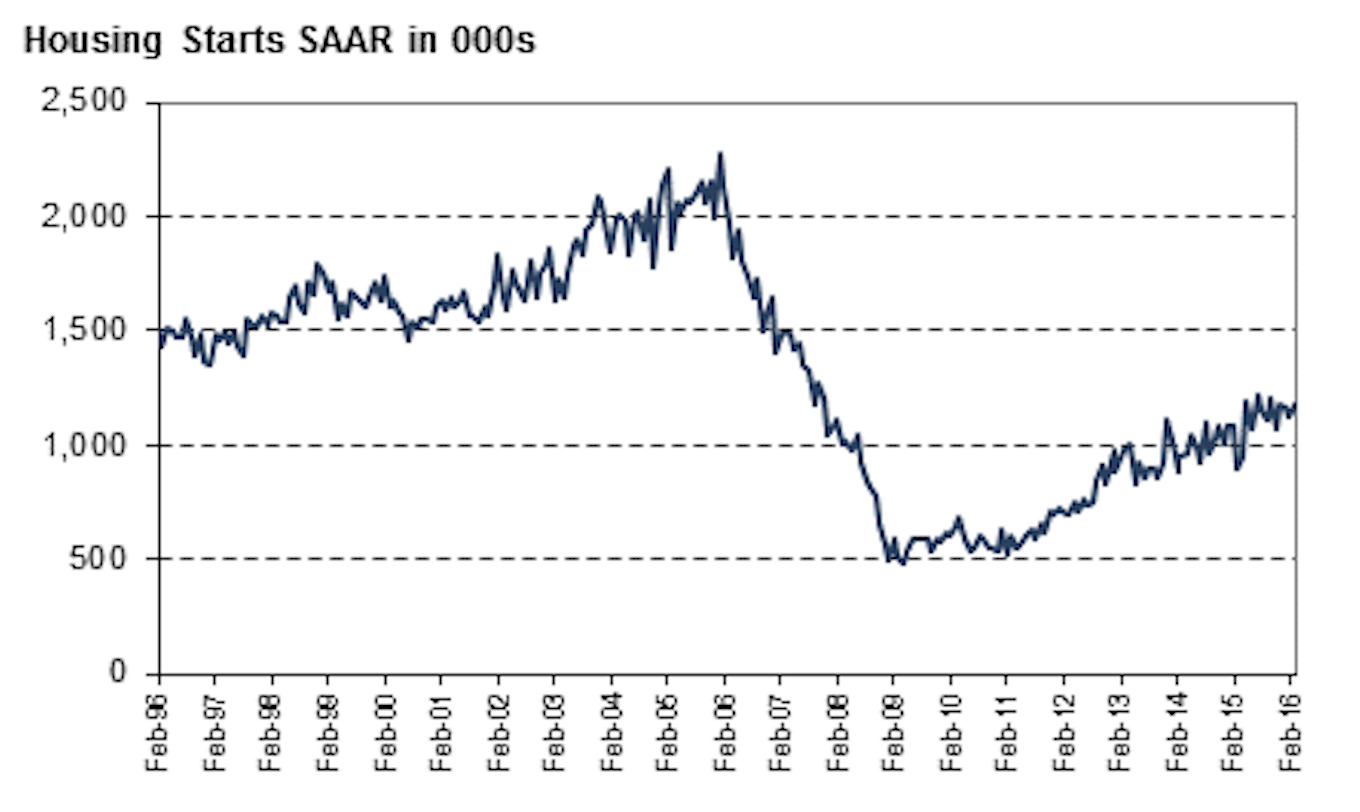 1. Are First-Time Homebuyers Coming out of Their Post-Housing Bust Hibernation? Why aren’t there more first-time buyers? It is a combination of supply and demand factors. Many current homeowners have not regained enough equity in their homes to be able to sell and have enough money for a down payment, particularly in an environment of tighter lending standards.

But some potential first-time buyers are in a position where they do not have the assets for a down payment or the income to qualify for a mortgage, again in an environment where lending standards are tight.  Student debt burdens are probably a factor, but I do not want to make too much of any one factor.

2. Will Long-Term Renters Finally Take the Plunge and Buy a House Already?

Since the collapse in housing, there has been a surge in demand for rental housing. Some of that is demographic in nature, and some of it is economic. People lost their homes or do not have access to credit.

2b. What About Millennials?

There may be some preference among younger people for renting, related to them waiting longer to get married and have children. All of this has driven up the cost of renting. More renters than homeowners face what is known as a housing cost burden. That is, they pay more than 30 percent of their income toward housing costs. I think this at some point should tip some renters into homeownership, but on the other hand, the costs of renting may prevent some renters from accumulating the assets needed to buy a home.

3. What Regions Are Hot? Which Are Not? 4. What’s Up (Or Down) with Single-Family Construction? The recovery in single-family construction following the housing bust has been very slow, while multi-family housing starts have more than recovered. What I have been focusing on is why that is the case.

There are a number of reasons:

5. Housing Permits: Why Are They Important Numbers to Watch?

In a nutshell, my forecast is based on recent trends in building permits, which are the best leading indicator we have of housing starts. The decline in permits in February was all in the multi-family sector, where permits fell 7.4%. Single-family permits increased 1.1%. Single-family permits were mixed by region, increasing in the Midwest and the West and declining in the Northeast and the South. In the multi-family sector, permits were down in all regions but the Northeast, where they more than doubled.