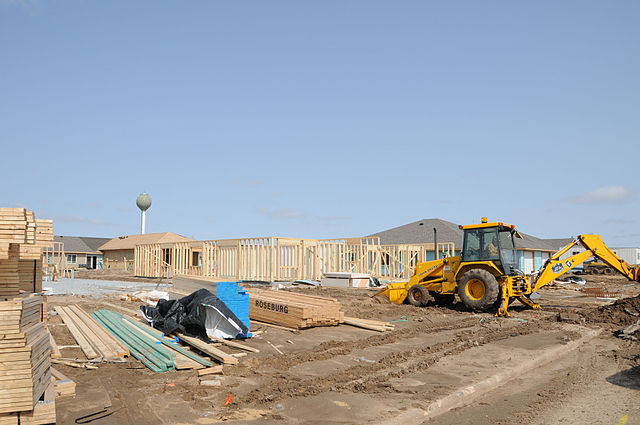 Housing starts rose sharply in January, a sign of steady and possibly even accelerated growth in the housing market in 2018.

Builders began construction on a seasonally adjusted annual rate of 1.3 million units were reported in January, compared to 1.2 million in December, according to the report released by the Census Bureau Friday. The 9.7% increase follows two months of decreases at the end of last year and makes January the best month for housing starts since October 2016. The numbers exceeded all but the most optimistic expectations, though the growth represents market volatility on the heels of intermittent gains in 2017.

Home builder confidence remains near a two-decade high, according to a National Association of Home Builders report released Thursday. Additionally, the University of Michigan’s February consumer sentiment index was 99.9. Both reports are impacted to some extent by increased take-home pay in mid-February paychecks as the tax bill takes effect. This month’s consumer price index and inflation reports were also released this week-and also rose.

Permits for new homes were up by 7.4% to a seasonally adjusted annual rate of 1.4 million, the highest number since 2007, which may precede a housing boom in the spring.

Much of the growth was in multi-family units, for both starts and permits, in part due to the fact that existing housing inventories are low.

“If some homebuyers were sitting on the fence, they’re seeing that now’s the time to start before mortgages go higher,” said Stan Shipley, the senior managing director at Evercore ISI. He expects home building to remain strong for the rest of the year: by the end of 2018, we could see numbers in the 1.4 to 1.5 million range.

Other analysts were more cautiously optimistic. Christopher Low, chief economist at FTN Financial, said eased federal regulations and rising home sales will encourage construction companies to break ground on new projects sooner rather than later. The recent fluctuations are just a byproduct of the fact that “high levels of economic activity create volatility,” he said.

Others predicted growth but dismissed the January numbers almost entirely. Scott Brown, senior vice president and chief economist for Raymond James Financial, said that noise in the data, including the impact of the late December passage of the tax bill, volatility in other parts of the economy and the limitations of seasonal adjustment during deep winter meant that he had little faith in the numbers to amount to anything significant.

“I just wish they would not even report the numbers in January and February,” he said.