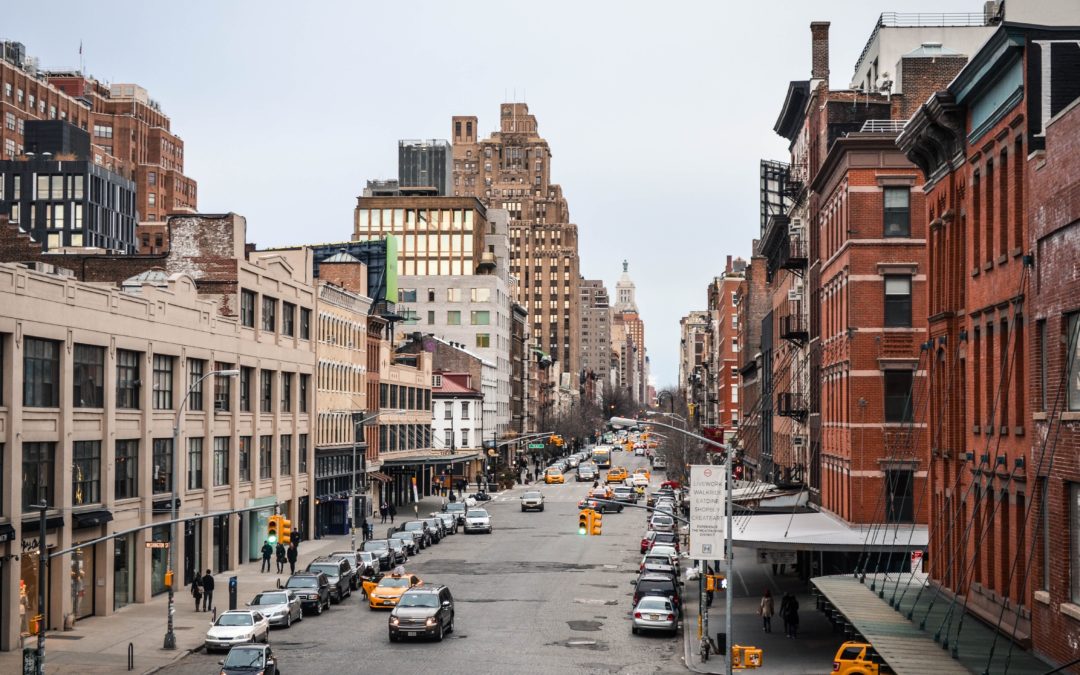 Amparo Betancourt still remembers the day when she could finally tell her family in Colombia that she was an American homeowner.

Betancourt and her husband spent years tucking away money they earned in the restaurant service industry. In 2013, their hard work finally paid off: They closed on a two-bedroom apartment in Elmhurst, Queens. The apartment sits on a busy corner next to a Laundromat in a predominantly Latino community.

Five years later, that dream of homeownership is dead. In 2016, Betancourt’s husband suffered a near-fatal heart attack that left him debilitated and unable to work for an extended period of time. With income tight and expenses mounting, they began to fall behind on their mortgage payments. In 2017, the couple lost their home to foreclosure.

“I never thought I could own something like a house in this country” Betancourt said, “and to now say that that reality is gone is an emotional nightmare.”

Betancourt is part of a soaring population of New Yorkers who have had their homes foreclosed. Although the U.S. housing market has continually shown a robust momentum since the housing bubble burst a decade ago, foreclosure rates have been steadily increasing in New York City, amid national lows.

In 2017 the number of foreclosure cases hit its highest point in eight years in the country’s most populated city. Last year 3,306 homes in NYC were scheduled for auction ­– a 58 percent year-over-year increase and the highest level witnessed since 2009 according to PropertyShark.  The sharpest uptick has come in recent years, where the number of foreclosures has doubled in just two years: in 2015 there were only 1,762 foreclosure auctions. 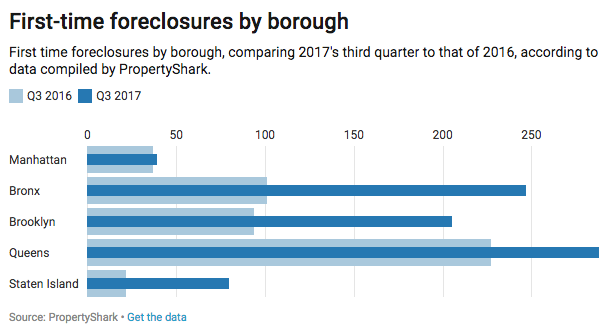 Many of the recent foreclosures are the lingering after effects of the financial crisis. Other states moved relatively quickly to clear out the backlog of foreclosures from the bursting of the housing bubble. But New York moved much more slowly. New York State has adopted a unique system where homeowners in risk has opportunities to get help and to stay in their homes. It is also a judicial foreclosure state which means that lender’s cannot just seize a home because a homeowner is behind on payments. Instead, they have to file a lawsuit in court.  Lawsuits can be lengthy, but gives an opportunity for homeowners to negotiate some modifications with lenders.

Some other states also have backlogs from the crisis. In Hawaii, New Jersey and Nevada, nearly two-thirds of the foreclosures in 2016 were related to the financial crisis, as banks slowly worked their way through a backlog of cases and consumers ran out of protections.

But in New York, some economists believe the foreclosures have more to do with lack of affordability and continued financial duress where homeowners have been unable to escape the cyclical woes from the 2008 financial crisis.

“Generally if house prices are rising there are less incentives to foreclose on a mortgage but we can’t dismiss the erosion of affordability in some cities” said Sal Guatieri, Senior Economist, BMO Capital Markets.

Overall foreclosure activity increased in about a quarter of U.S. metropolitan areas with more than 200,000 people. In New York City, the rate is driven by both first time and repeat filings. Refilings happen when borrowers land in foreclosures more than once for many reasons from a failed loan modification to a foreclosure being dismissed when the servicer can’t prove it owns the loan and subsequently refiles the case.

Betancourt at times reflects on her brief experience as an American homeowner and hasn’t lost hope that her children will be able to achieve it.