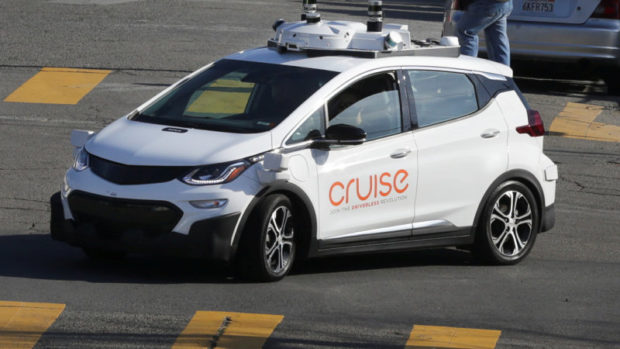 Frandy Estez has been teaching at Queens Knowledge Seekers Taxi School the same for about seven years. He said it’s a great alternative to driving a taxi.

“It gives me more security,” said Estez, who moved to New York City from Puerto Rico about 15 years ago. “Driving, you don’t know if you’re going to make enough, now I get to spend time with my family.”

This year, a new threat has entered the ride sharing community that could wipe out taxi drivers as a whole: Driverless cars are coming to New York City.

General Motors Co. is the first company to test drive self-driving cars in lower Manhattan. The company has teamed up with Cruise Automation, a driverless car developer, after buying the company in 2016. New York has welcomed the move: The state legislature last year passed a bill that would let autonomous vehicles be tested on state roads. Governor Andrew Cuomo said in a statement that autonomous vehicles has the potential to be the next great technological advance that moves the state’s economy forward.

New York’s embrace of GM comes as lots of other cities are doing the same thing. New York is one of 19 states in the U.S. to pass legislation allowing autonomous vehicle testing. The states view the industry as a chance to bring in jobs and investment dollars.

But taxi drivers, such as Estez, feel the state’s new interest is bad news for business. “It’s going to take people’s jobs away,” said Estez. “I don’t agree with it.”

A report by Goldman Sachs Economics Research found that driverless cars could cost the U.S. about 25,000 driving jobs a month, or 300,000 a year. Truck driving jobs are the sector that would be hit the hardest, as there are more than 4 million drivers in the U.S. in that industry. Taxi drivers would be the next to feel the pinch.

But Mayor Bill De Blasio said safety is his biggest concern. Seth Stein, a spokesman with the Mayor’s office, said De Blasio doesn’t feel it’s safe to test driverless cars on the heavily travelled lower Manhattan streets and wants the state to stop it immediately. Mayor De Blasio has been very vocal about his dislike for driverless cars since the testing was announced last year. But Governor Cuomo doesn’t plan to slow down testing anytime soon.

Kirsten VanHoose, 28, has been a Uber rider for three years and said she understands the mayor’s reservations. “I’m intrigued by the idea of driverless cars, it could be a safer option that would allow cities to streamline traffic and avoid delays,” said VanHoose, who has been living in Harlem for ten years. “However, it’s a little scary to think of giving up control to machines, machines may not be able to counteract the unpredictable driving of other cars driven by humans.”

Vanhoose and Mayor De Blasio’s safety concerns are warranted. In March, Uber’s self autonomous car killed a pedestrian in Arizona during training. The death motivated Arizona Governor Doug Ducey to suspend Uber’s driverless car testing on public roads. But other states are still behind the wheel. GM has been test driving its Chevy Bolts in San Francisco. Both Georgia and even the UK have already started testing. Waymo, which was formerly Google’s self-driving car project, is also testing driverless cars in different cities throughout the U.S.

However, there are still challenges the company may face. For instance, roads are more packed with both drivers and pedestrians so safety may be a concern for the company. Also, taxi unions may take issue with a new competitor in the city. President Donald Trump’s tariff on steel and aluminum imports could also be a damaging factor in the company’s plan.