Eateries are going cashless. What will happen to tips? 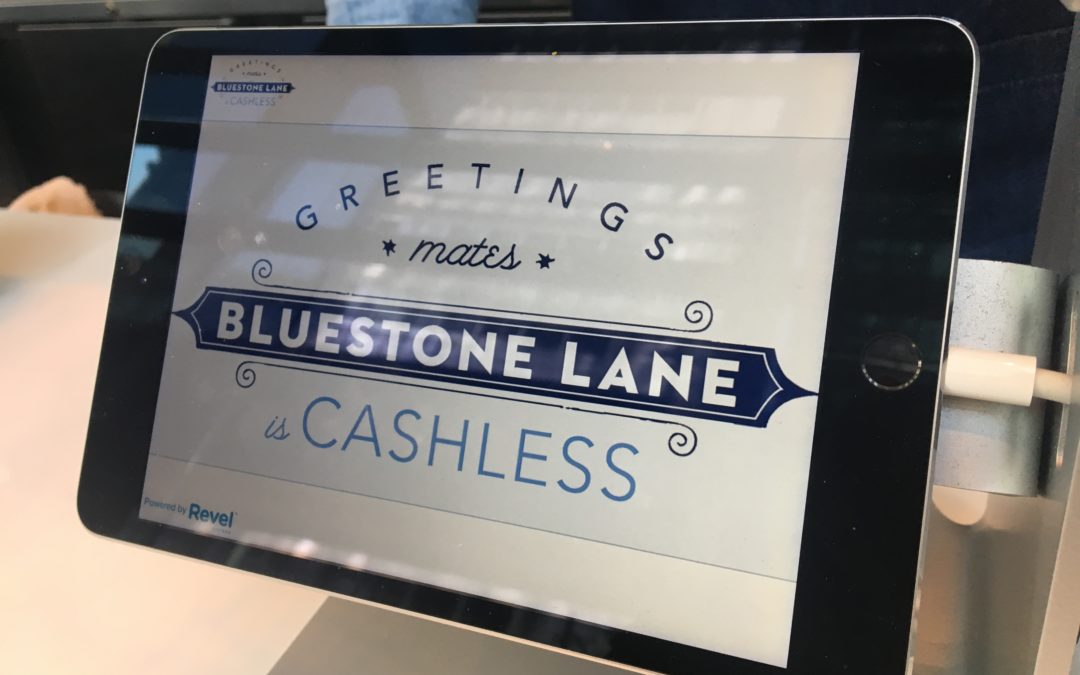 On the edge of the Potomac in Washington, D.C, a family-owned music venue called Union Stage, which opened this past December, is one of several businesses in a new development called The Wharf that does not accept cash payments—for tickets, at the bar or anywhere else.

“We like simple, and not having cash in the building is simpler,” said co-owner Dan Brindley, who oversees a staff of about 20, half of whom are bartenders and servers.

“There are less moving parts, less risk. There are no big bank deposits to deal with, everything’s automated, and even though one might think it would be a total nuisance for customers, it really isn’t.”

Independent businesses are following the lead of national chains like Bluestone Lane and Sweetgreen and adapting no-cash sales systems.

But that means tipped workers in cashless businesses now work jobs that don’t yield cash tips. Studies on tipped labor and on the effect of cashlessness in other industries illustrate the possible effects no-cash operations could have on tipped workers, some of whom fear that this new form of disruption will hurt their earnings.

Well-banked consumers sometimes beat businesses to the punch in going cashless, encouraged by banks whose credit card programs, for both consumers and businesses, help sustain a cashless lifestyle.

Critics argue that therein lies the issue with cashless businesses: they exclude the 9 million U.S. households that don’t use the banking system at all and possibly much of the 24.5 million who rely on alternatives to traditional banking services.

Daniella Morales, a 20-year-old fast food worker at the Arby’s across 40th Street from Port Authority in midtown Manhattan, says that cash payments are vital at that franchise.

“We have a lot of people that come in, especially from around the area, who can’t afford to go to a bank and get a card, or have a bank account, because they owe money and they’re in debt, or whatever the case may be,” says Morales. “A lot of homeless people come in to buy food. They don’t have credit cards, debit cards, none of that. I’ve been paid in change.”

At Arby’s, she’s not tipped, but she doesn’t miss tipped labor. She used to work as a waitress at her grandparent’s Peruvian restaurant in Charlotte, North Carolina. On a typical shift, her tips were in the 5-10% range of a customer’s total bill, if they tipped at all, and her net earnings were low.

Her experience is not atypical. A 2014 study by the Economic Policy Institute and UC Berkeley found that tipped workers nationwide had a median wage (including tips) of $10.22 an hour—fully $6.26 less than the national median hourly wage for all workers.

Other changing industries with low-income workers illustrate how cashless operations can have a negative impact on those workers.

Juleon Robinson, a program associate at The New Economy Project, recently helped prepare a report for AARP New York on the disparities in economic security among New Yorkers over the age of 50.

“But now that all of these cashless businesses, national chains like Uber and Lyft are making more and more of that market, it’s becoming increasingly difficult for this population to exist in that marketplace,” said Robinson. “More and more people are expecting a cashless point of sale.”

There are some advantages to cashless point of sale systems. If they include a tipping option for patrons, they also auto-generate potentially useful analysis of how much workers were tipped, and what percentage of their total sales their tips comprised. And they help keep tipping on the books—which even willing tipped employees may have a hard time doing independently with cash tips.

Whether no-cash operations will become a norm in restaurants remains to be seen—especially as consumers reel, and the stocks of technology companies fall, following widespread revelations about digital privacy and cybersecurity.

But at businesses like the Port Authority Arby’s, customers can continue paying in cash—or, if necessary, in change.