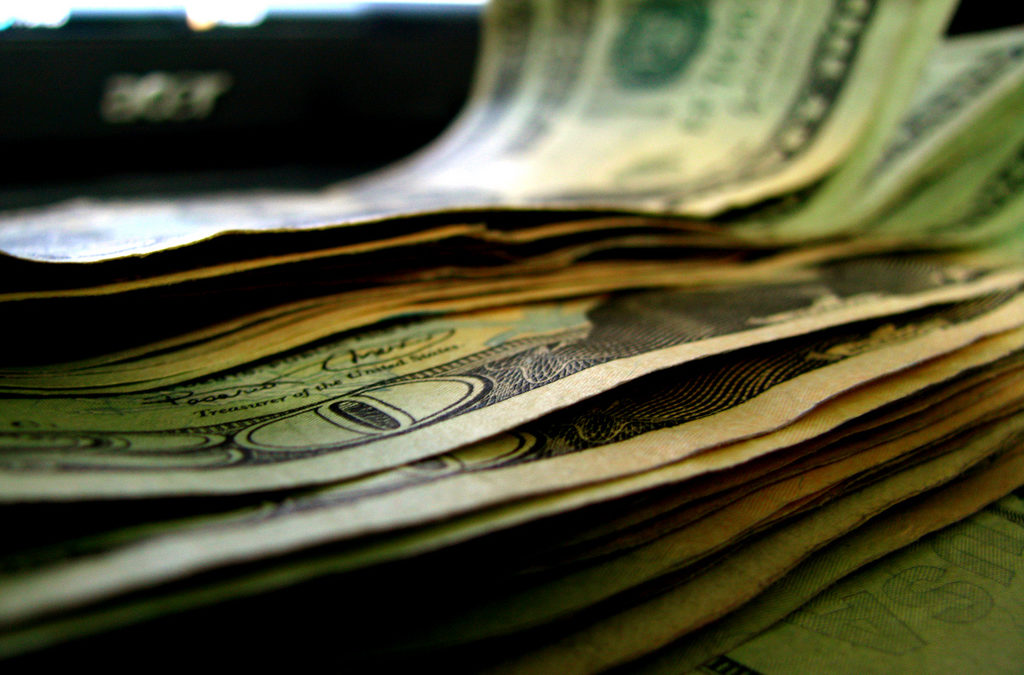 The unemployment rate dipped to 3.9 percent in April, the lowest level since 2000. For a record 91st straight month, the economy added more than 100,000 jobs. They are both signs that the U.S. is nearing full employment.

The U.S. Bureau of Labor Statistics Employment Situation report shows the labor market is tightening. In April, the unemployment rate broke its six-month-long streak of 4.1 percent and fell to 3.9 percent. The U.S. job market added 164,000 non-farm jobs, falling short of economists’ expectations of more than 190,000, according to Bloomberg. The U-6 number, which also includes discouraged workers, also dropped to a historic 7.8 percent low. But wage gains clocked in at a meager 2.6 percent, barely above the current inflation rate of 2 percent. An economy that truly had full employment would show stronger signs of wage growth.

“I think we’re just getting pretty close to being at full employment,”  said Jeremy Schwartz, an economist at Credit Suisse. He also said the slowdown in jobs added shows the labor market tightening.

One reason the unemployment rate fell is because the labor force participation rate declined by 0.1 percent in April, to 62.8 percent. The labor force participation rate measures adults employed and who are actively looking for work. But the downtick is partially due to changing demographics; the workforce is shrinking and many baby boomers are approaching retirement.

The retirement of older workers is one reason the construction industry is experiencing a severe labor shortage. More important is the decline of enrollment in technical training programs and vocational schools, said Brian Turmail, vice president of public affairs and strategic initiatives at the Associated General Contractors of America.

It’s also harder to fill those positions because the industry cannot hire people who use drugs for safety reasons; meanwhile, states are continuing to legalize marijuana and the country is in the midst of an opioid epidemic.

“We’ve had some firms tell us for every job they’re trying to fill, they will offer it to two different people, because they know that one is going to fail the drug test,” Turmail said.

To fill those jobs, some companies are willing to forgo other traditional requirements, such as relevant professional experience. One company, PCL Construction, offers on-the-job training for workers new to the industry, to get them up and running in craft trades such as carpentry.

“Trade schooling has kind of fallen behind, so we really rely on that on-the-job training,” said Amanda Melton, who works in Human Resources at PCL Construction in Raleigh, N.C.

She is also looking for workers in new places.  “We have had qualified candidates apply from our Craigslist posting as well as people interested in posting a construction career path,” Melton said.

Since many with special craft skills in construction have already found jobs, Melton said PCL Construction has raised wages and offered benefits packages to stay competitive.

But on the whole, the Bureau of Labor Statistics report showed that wage gains remained steady at 2.6 percent for the third month in a row. If the entire economy was reaching full employment, other corners of the economy should have also seen more substantial wage gains; when a market has full employment, companies compete for workers is by offering competitive salaries.

Yet Dan North, chief economist at Euler Hermes North America, said he believes wage gains are on the way. That’s because the market has been good enough for people to re-enter the job market. It’s just that for now, new workers still need the training that will make them competitive candidates — and they aren’t entering at competitive wages now.

“You’re hiring at unskilled wages and training them so that’s kept labor down. The influx of labor has kept wages down,” North said. “Because people have been hired who are unskilled, productivity has been less than half the historical average of the recovery.”

Unemployment falling may be taken as a sign of the economy heating up. Normally, the Federal Reserve might interpret that as a risk of inflation, and increase interest rates to cool it down. For now, given the slow wage growth this month, the Fed is unlikely to plan additional rate increases beyond the two hikes it plans to do. But when do wages rise, the Fed will be watching for signs of inflation. “It’s like taking a pet out for a walk. You have to keep an eye on it,” said Bob Brusca, president of Fact & Opinion Economics.

Going forward, the economy continues to inch towards full employment. But it’s not there yet.

“It’s kind of been like Charlie Brown and the football,” said Martha Kimbel, director of economic research for Indeed.com. “We keep thinking we see it, and then it gets yanked away.”