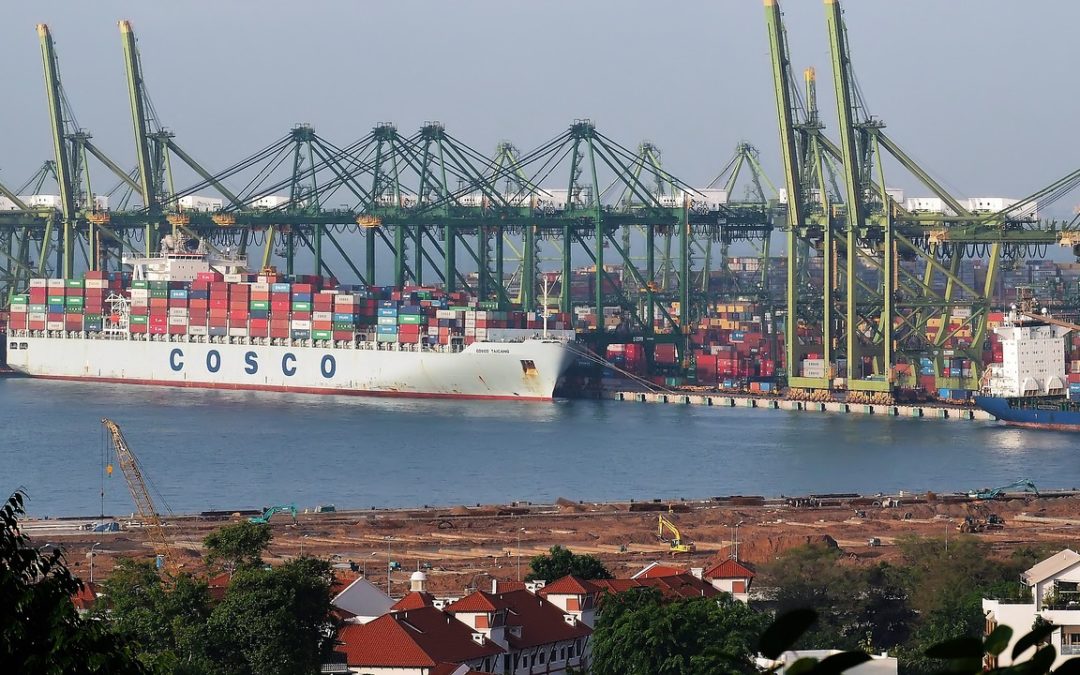 The trade deficit in goods and services decreased dramatically in March.  The deficit level pulled back roughly to where it was in October of last year, and exports reached a record high.

The goods deficit decreased, while the services surplus increased slightly.  Exports increased $3.7 billion, with the majority stemming from an increase in civilian aircraft.  Imports decreased an equal amount, at $3.7 billion. Most economists, however, saw the decrease as a flash in the pan against the trend of a widening deficit.

Numbers for March were in stark contrast with February’s deficit of $57.7 billion, which was the highest deficit in nearly a decade, when the deficit contracted during the heart of the recession in 2008.

Ryan Sweet, director of real-time economics at Moody’s Analytics, argues the deficit will continue to widen in the coming months.  “Trump is talking tough with China through tariffs, but the fiscal stimulus will continue to add to the deficit,” Sweet said. “This narrowing won’t stick.”

Fears of a trade war set off by tariffs haven’t materialized yet.  Steel tariffs that President Trump announced earlier this year haven’t gone into effect yet for several close ally countries of the U.S.  Trump also hit the lumber industry with a 20 percent tariff on Canadian softwoods, which were set in November of 2017, which got little media attention compared to the steel aluminum and solar tariffs Trump announced at the beginning of 2018.

The relatively strong economy at the moment appears to be enough to compensate for the price increase on imported lumber from Canada.

Ryan Young, a general manager at Stewart Lumber in Seattle, says things are still going strong, despite the lumber tariff. Young said lumber tariffs are technically not new, but were largely not enforced prior to Trump.  “The housing market is really going gangbusters,” said Young. “Prices are up for cedar around 40-50 percent, and furs up 30-40 percent. But we haven’t seen any slowdown really.”

Most economists attribute the reduction of the deficit to two key factors, both having to do with Asia.  One is the increase in the services surplus, which was brought down by the Olympics in South Korea, that ended in late February.  The large fees for broadcasting rights were enough to substantially dig into the services surplus the U.S. normally runs.

The second factor was a seasonal correction from an increase in imports earlier in the year, due to Chinese New Year.  The New Year in China is celebrated for two weeks going into March, so companies import more than usual in anticipation, which leads to a slowing in the period immediately after.  Stan Shipley, an economist at Evercore ISI, says the influx of imports from China in January and February slowed considerably in March. “The deficit was bad in January and February, but come March there were no boats coming from China,” he said.

The deficit has been steadily widening back to pre-Recession levels, after the recovery started to take hold in the second quarter of 2009. President Trump’s tariffs could soften the deficit in the coming months, but to think it would reverse the overarching trend would be a stretch.  “The deficit is still going up, this was just a temporary reprieve,” said Shipley.

Most economists don’t see trade deficits as a grave threat to the economy.   However, Dean Baker at the Center for Economic Policy and Research, a left-leaning think tank, argued that large trade deficits lead to “secular stagnation,” in which a lack of demand hinders overall economic growth.  This can lead to long term depressions on an economy, as opposed to cyclical rises and falls.