Millennials May Be Responsible for the Slowdown in Consumer Spending 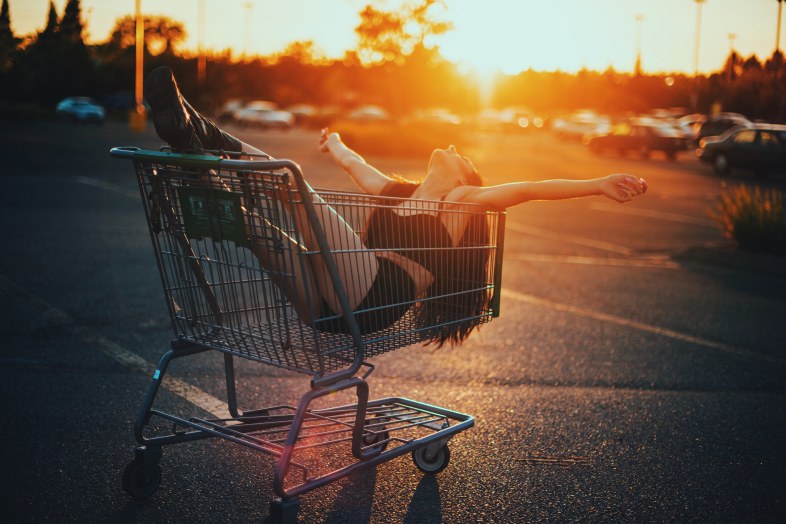 The moment Vincent Battaglia returned from his vacation to India in April, he began planning his next trip in September. The 26-year-old, who works for the hotel competition-monitoring firm HQ plus in Los Angeles, said he and his partner spend most of their earnings on travel.

“I’d rather eat dinner at a nice restaurant in Mumbai than spend money on something I probably won’t even need,” he said. Battaglia cooks at home most of the time and takes public transportation to save money on a car. As far as shopping goes, “Spending money on material things really isn’t important to me,” he said.

Battaglia is one of many young adults in the U.S. whose financial habits are contributing to a demographic of consumers that is driving down traditional retail and slowing the overall growth of consumer spending as a result.

As millennials continue to shift away from shopping for merchandise and allot their disposable income to leisure, retail spending will increasingly lose its weight as an engine of economic growth, according to data and many economists.

Despite a robust labor market and high consumer confidence levels spurred by tax cuts and record-low unemployment, spending has lost its momentum, presenting a puzzle for many about the disconnect. Year-over-year growth in spending has correlated to economic growth in recent years, data show. And both have been accelerating. But in the first quarter of 2018, economists estimate consumer spending growth slowed to below a 1.5 percent rate, the slowest pace in five years and a pattern that may continue given the trend by young adults to spend less on retail.

The personal consumption expenditures price index (PCE) measure is the component statistic for consumption in GDP collected by the Bureau of Economic Analysis.

Analysts suggest the financial behavior of young adults who are consuming less in goods overall is a factor in the softer sales, a pattern that will continue to show increasingly as millennials phase out older adults in population.

A recent study conducted by Visa projected that older consumers will continue to drive U.S. spending for the next five to 10 years. However, according to Pew Research Center, millennials are expected to outnumber baby boomers in population in 2019, growing to 73 million as boomers decline to 72 million. Their more cautious spending will show in the economy, analysts say.

A study conducted by JP Morgan of the spending habits of Chase cardholders found that the millennial age group spent more of their money on leisurely “experiences” than other generations. The study showed 34 percent of card purchases in 2015 made by customers between the ages of 18 and 34 consisted of travel, entertainment or dining. Only 28 percent of spending by non-millennial card users was seen in the same category. 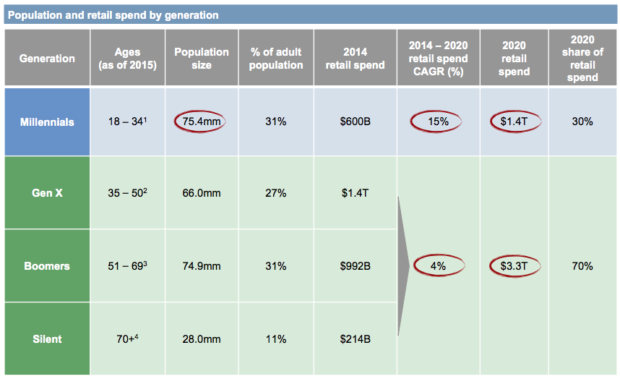 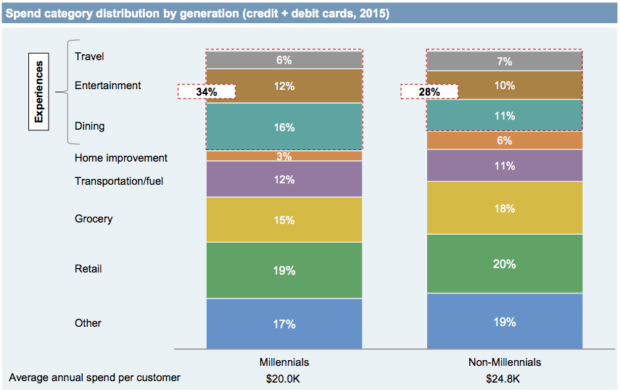 “The problem is in the economy today we’re spending less on things and more on experiences,” said Andrew Zatlin, chief economist at his financial advisory firm, SouthBay Research. “Millennials, especially.”

In a 2014 survey, the ticketing website, Eventbrite, found that 78 percent of millennials would choose to spend money on a desirable event over a desirable purchase, which are not components in the retail number.

Pam Chen, 27, who lives in New York and works at the flight research mobile app, Hopper, is an example of this.

She and her boyfriend spent the last two years traveling locally and saving up their money and vacation days for international trips.

“We like getting into a different setting and eating different food.”

They have trips booked to Venice and Croatia in the next few months and are visiting Chen’s family in Asia in September.

“Retail spending is a poor way to track overall consumer spending because it doesn’t do anything but measure what we’re sold directly from a merchant,” Zatlin said.

With the majority of millennials, the largest generation in the U.S. by population, now in the workforce, they account for about $1.3 trillion in potential spending per year, according to the latest available data. Total consumer spending was $13.6 trillion last year, per Bureau of Economic analysis reports.

Their buying power is drawing analysts’ attention over where they will drive consumption most.

Consequently, a large portion of their spending is on the retail travel market, which accounts for $63.5 billion in global revenue, according to a Nielsen study. That figure is expected to show $21 billion in revenue growth by 2020, an increase that is largely attributed to the 1.8 billion millennials globally who are traveling more, showing the impact of their behavior as consumers. This impact is expected to show just as substantially on the U.S. economy alone.

There are several reasons millennial income is shifting away from traditional retail, according to Bernard Baumohl, chief global economist of the research firm, the Economic Outlook Group. High levels of student-loan debt is a big one.

The amount of debt accumulated by young adults in the U.S. disincentivizes them from shopping. Student loan debt has increased about 170 percent from 2006, according to the New York Federal Reserve Bank. This makes millennials more conservative in retail spending but not in terms of leisure and travel.

A major reason for this is an oversaturated market of technology and goods overall.

“Everyone has everything,” Baumohl said, explaining why younger adults are more interested in paying for experiences than things with their budget.

He suggested millennials have more products than they need because they grew up in an ecosystem where goods are produced more prolifically and they are, therefore, less likely spend on retail than those in other age groups.

Results from a Gallup poll conducted last year found consumers ages 18 to 29 spend about $20 less per day than the same age group did in 2008.

The consulting company also noted that self-reported spending among U.S. adults was high before it plummeted after the financial crises and gradually increased among every group except young adults. Economists say this is because they are spending their money on components not included in traditional measures of spending.

“The need to spend on things isn’t there because we’ve already done it,” Zatlin said, pointing to Apple’s prolific release of revamped versions of the same technological product as an example. Many companies, like Apple, come up with ways to encourage you to obsolete their product every few years so you buy a new one.

“What we’re seeing is more of replacement economy,” Zatlin said.

Finally, millennial expenditures are increasingly being driven by what they see and do on their phones. This age group is more likely to spend money if their purchase can be done more efficiently and in a high-tech landscape.

“Retailers know this,” Baumohl said, noting how stores are investing into improving in-store experiences to cater to the capricious spending behavior of younger shoppers.

This preference for travel and authentic experiences, immediate booking and quick purchases is likely to shape the economic future, Baumohl said.

“It’s obviously concerning that we’re going to be seeing consumers contribute less to economic growth in the next couple of years than they have in the past,” he added. “What we don’t yet know is the extent to which consumers will fuel more comfortable spending in a high-tech-savvy, social, experiential community.”

“There is so much we don’t know about how the social media space and technology will completely transform the U.S. economy,” Baumohl said.