Reports of Damage from Trump’s Solar Tariff could be Exaggerated 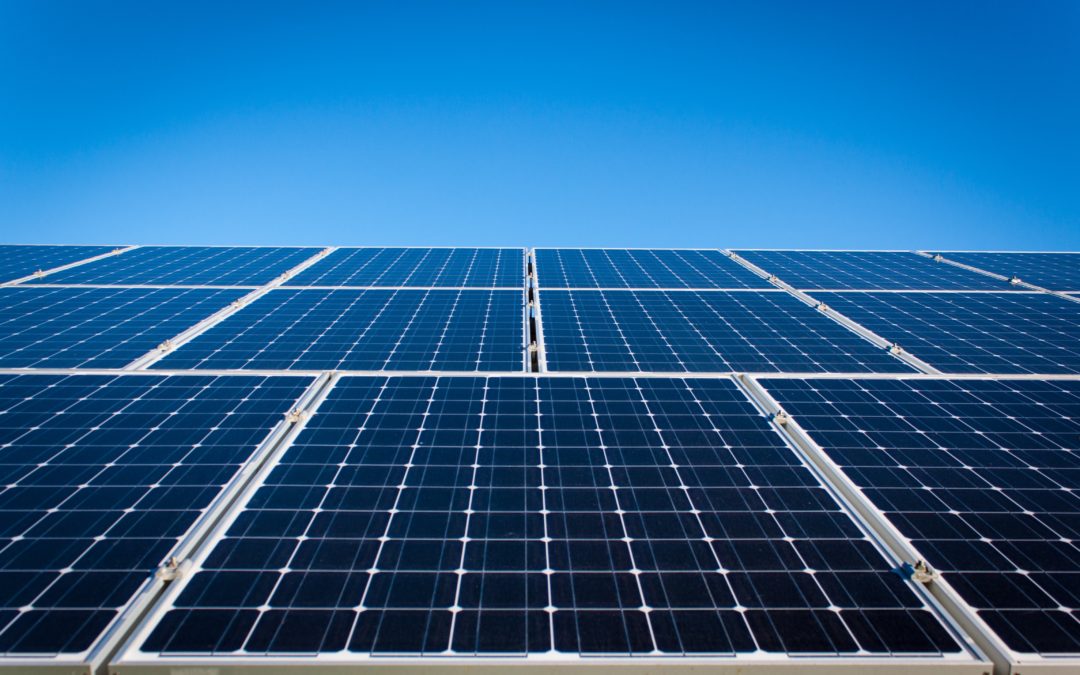 President Trump caused quite an uproar when he initially announced he would impose tariffs on solar modules and cells to spur domestic manufacturing this past January. The decision was met with much opposition, and many solar companies are filing for exemptions from the tariffs.

The SEIA(Solar Energy Industries Agency), the largest U.S. national solar trade association, has strongly come out against the tariff. Director of External Communications for the SEIA, Alexandra Hobson, said that the tariff is causing many negative impacts on the solar industry and slowing growth.

Despite the widespread animosity towards the tariff, there are signs that the tariff is encouraging some growth in domestic manufacturing. Immediately after the tariff was announced January, JinkoSolar, a Chinese manufacturer with subsidiaries in 15 countries, announced plans to set up manufacturing plant in Jacksonville, Florida.  Jinko has said the plant is expected to create more than 200 jobs in Florida, and support hundreds of additional local jobs in related industries.

The Mayor of Jacksonville, Lenny Curry, said in a statement, ““This is a major win for Jacksonville and the community.  JinkoSolar’s presence enhances our reputation as a manufacturing city, and I am eager to see the company contribute to the vibrant economy in Jacksonville.”

Shortly after JinkoSolar’s announcement, URE(United Renewable Energy), a conglomerate of three solar companies, Neo Solar Power, Gintech Energy, and Solartech Energy, also announced plans to set up a factory in the U.S.  Details are somewhat scarce at this point, but URE issued a statement saying, “The plant project is to cope with the US government’s imposition of 4-year safeguard tariffs on imported solar products.”

More recently, another company, First Solar, announced they would be expanding with a new solar module manufacturing facility near its existing one in Perrysburg, Ohio. When asked about  whether or not the tariff affected the decision to build the new plant, Steve Krum, a spokesman for First Solar, wouldn’t comment. He cited tax cuts, and “business-friendly” treatment from Perrysburg and the state of Ohio as the main factors.  Krum did go on to say, however, that any increase in domestic manufacturing is a good investment for the U.S. “We’re doing our part, but more U.S. manufacturing means more energy security, and there’s a lot more room for solar in general here,” said Krum.

Trump’s solar tariffs are extremely unpopular among those on the sales, and installation side of the industry, where the most job losses have been predicted as result of the tariff.  Pat O’Connell is a newly hired sales rep for Blue Raven Solar, one of the fastest growing solar companies in the U.S., which is headquartered in Utah and has operations in 10 states. “Luckily it won’t affect my company too much, but anyone working in the solar industry got worried after the tariff,” said O’Connell.

Blue Raven is one of the many solar companies that will be affected because it imports now more expensive solar panels.

But foreign companies are expanding their operations in the U.S., part of a long running trend of foreign investment in America.  “Honda’s is arguably the most American car company in the world. They don’t import parts and then then assemble them either, they’re all built in the U.S,” said Dr. Michael Englund, chief economist at Action Economics.

Ironically, the tariffs were imposed after two foreign-based companies Suniva and Solarworld, petitioned for relief under Section 201 of the 1974 Trade Act, which permits the president to grant relief by imposing tariffs and other trade barriers.

“We need to have a solid base of solar manufacturing in order to have a fully competitive and vibrant solar industry in the United States,” said Tim Brightbill, an attorney for Wiley Rein, a firm that represented Solar World in the trade case.

Although some are vexed that the tariff was petitioned for by foreign-owned companies, some in the industry welcome anything that helps spur the domestic manufacturing sector.  American Solar Partners, a solar finance and installation company in upstate New York, buys primarily domestically made solar modules, and uses union contractors for both residential and commercial projects.

“If you build a domestic infrastructure of panel manufacturers, that’s going to drive business,” said Mike Misner, a sales rep for ASP.  ““American made”” still resonates with people. It would be great to have more domestic solar, to generally support the industry and help get it on its feet,” said Misner.

Despite signs that Trump’s tariff has given solar manufacturing some momentum in the U.S., some economists don’t think the tariff was high enough to seriously grow domestic manufacturing.  “Trump is only using tariffs as a threat to get responses from other countries,” said Alan Dierdorff, a professor of economics and public policy at the University of Michigan. “It may work with steel and aluminum, but the solar tariff is too small to really accomplish that.”

SEIA stated that they estimate 23,000 jobs will be lost as a result of the tariff. Dierdorff says those numbers  should be taken with some skepticism, however. “There was a huge amount of noise after the tariff was announced.  It’s impossible to know for certain how the market will react to price changes. You should not think any numbers you see are exact. There will be more rearranging than anything else, and people who do lose jobs will find work somewhere else.”

From the very beginning of his presidential campaign, Trump made it a priority to reinvigorate the U.S. manufacturing sector.  His “America first” slogan captures the sentiment well. And while major restorations of U.S. manufacturing seem unlikely, the increases we have seen so far in sectors like the solar industry show glimmers of hope for some.

Daniel Betty, a professor of economics at SUNY Albany who specializes in trade, doesn’t see any use for tariffs at all, despite acknowledging the protection they can provide for domestic infrastructure. “Tariffs are a blunt instrument. It won’t reduce the trade deficit, and it’ll disrupt the supply chains.”

When these investments in manufacturing come largely from foreign owners, the usual image evoked by “America first” gets turned on its head.  When asked about what he thought about Suniva and Solarworld, professor Dierdorff responded, “I don’t know if anyone told Trump they were foreign-owned.”