5 Things to Watch for in April’s Durable Goods Report

5 Things to Watch for in April’s Durable Goods Report 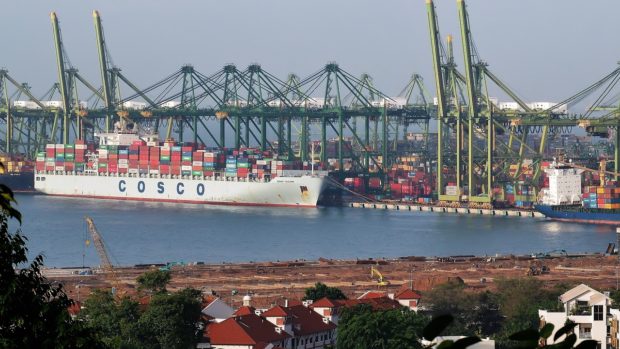 The U.S. Commerce Department is scheduled to release its monthly durable goods report on Friday. The report will cover business investment data derived from April. Over the past few months, prior reports have shown high fluctuations between new orders and shipments, but economist expect U.S. durable goods will continue to increase. Here are five things to look for upon its release at 8:30 a.m. EDT.

New orders for U.S. durable goods saw a 2.6 percent increase back in March. A huge improvement after the 3.5 percent decline in January. “We’re expected to show a 0.5 percent rise Friday,” said David Sloan, senior economist at 4cast Ltd. “The trend is for continued acceleration, we’re sure to see a positive outcome.” Sloan said he thinks new orders in April will remain high and steady.

Both Boeing Co. and its rival Airbus are planning to order a large amount of narrow-body orders. Items ranging from toasters to aircraft, increased 2.6 percent in March. The move is set to have an impact on April’s total new orders. “Boeing orders for March were strong,” said Carl Riccadona, chief economist at Bloomberg. “Reports of these new orders should help Friday’s headline durable goods number.” New orders, excluding transportation are likely to remain the same.

Shipments for core capital goods have experienced back-to-back increase in both January and February. New orders for key U.S.made capital goods unexpectedly fall in March. Machinery also had the biggest drop in demand. “I was not expecting that,” said Riccadona. “But I think we’ll see a slight increase this week compared to March.”

The strong labor market has helped the economy and the Trump administration’s $1.5 trillion income tax cut is expected to boost it even more. “Businesses are investing because they haven’t felt the pinch despite recent tariffs on steel and aluminum,” said Andrew Opdyke, an economist at First Trust Portfolios LP. Overall the economy is not slowing down its economic growth. “Tariffs is risk for the manufacturing sector,” says Sloan. “If it generates into a full-scale trade war, there will be some negative impact on industries as a whole,” said David Sloan, economist at 4cast Ltd.

5. Signs of an overall strong economy

The U.S. Department of Labor reported an addition of 164,000 new jobs while the unemployment fell below 4 percent for the first time since 2000. Manufacturing payrolls rose 24,000. April’s durable goods report is expected reflect the current status of the U.S. economy. “More people are working, but I don’t think we’re at full employment quite yet,” said Sloan.