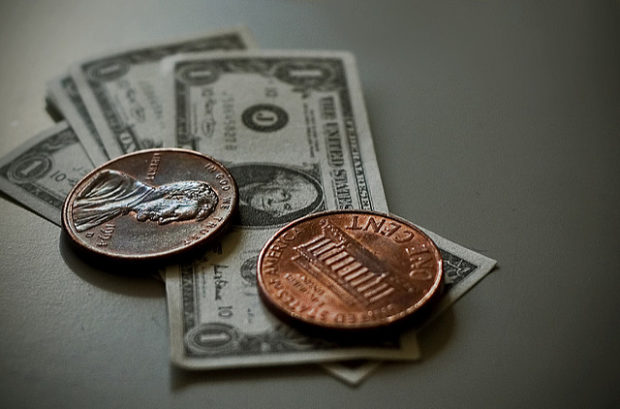 In the U.S., earning a postsecondary degree can be perceived as a way to earn more money and have a sustainable career. Students often make their decision on which college to attend based on which program will provide them with the best educational boost. This was the same thinking Shivanand Manraj, 34, took into consideration when he applied to TCI College of Technology in New York City.

“I decided to go to college because I never went to college when I was younger,” said Manraj. “I wanted to accomplish my dream of attending college and was hoping TCI would help me get a job in the computer industry.”

Manraj said he chose TCI for its affordability. But after graduating, he was not able to find a job and currently struggles paying off his student loans that total over $20,000.

According to the Center for an Urban Future, roughly half of students who attend a New York based for-profit defaulted on their student loans. Despite its alarming statistics, the Trump Administration has provided new life to for-profit colleges. New York State has done the same with plans to spend millions of dollars more in tuition assistance to students at for-profit colleges despite dismal results for graduates.

“I have been struggling to pay off my student loans since after I graduated and I’ve been unable to find a decent job with the degree,” said Shivanand Manraj, who graduated back in 2012.

“In nearly 38 percent for-profit programs, graduates’ student loan repayments totaled more than 8 percent of their annual earnings,” Tom Hillard, a senior fellow for economic opportunity at the Center for an Urban Future. “This places an enormous burden on these students as they entered the workforce.”

Donna Stelling-Gurnett, the president and CEO of New York’s Association of Proprietary Colleges (APC), said these numbers are not inaccurate and that graduates only accumulate an average of $21,900 in student loan debt.

“Not only are students attending APC member colleges staying in New York after graduation, they are filling the needs of local employers, especially in high demand fields such as healthcare, and contributing to the overall economic development of New York State.”

The biggest issues, aside from graduation rates and loan amounts, is that many for profit colleges practice unethical methods when recruiting and retaining students. Although New York joined several states in launching legal challenges to crack down on fraudulent and corrupt for-profit college chains during the Obama administration, the industry has few regulatory obstacles to fear under Trump, and is now aggressively lobbying both Albany and Washington to reclaim lost market share.

Manraj said his advisors told him he would only need to complete four semesters in order to graduate, but that narrative quickly changed.

“They told me I needed to complete a fifth semester to be able to complete the program,” said Manraj. “That semester was a total amount of over $25,000 dollars and I already took out loans for four semesters, so this news was heartbreaking.”

Hillard, with the Center for an Urban Future, said this type of aggressive and deceptive marketing tactics are common among for-profit colleges.

“The business model of these schools is that they rely on tuition payments from students, so the more grant or federal aid a student gets, the higher the tuition they will charge,” said Hillard, who wrote a study on the state’s for-profit colleges. “But New York spends more than $37 million dollars on schools that have terrible outcomes for its students.”

Many schools wind up closing after losing their accreditation for these harmful marketing tactics, high loan default rates and poor employment outcomes.

“Whenever we see unethical conduct or very weak outcomes – in any sector – we report it and provide resources and guidance to help resolve the situation, as appropriate,” said Stelling-Gurnett, with APC.

TCI College was one of those schools.

“The degree is useless now,” said Manraj. “I feel like I wasted two years and unnecessary loans on a unpromising degree.”

New York’s Tuition Assistance Program, or TAP, is one of the biggest state financial programs. All students in higher education are eligible and it’s goal is to help cover the full cost of tuition at public colleges and a large amount at for profit colleges. In December, New York Governor Andrew Cuomo vetoed a measure that would have extended the tuition-free scholarships to the for-profits, but as of this year, it was just approved in the state’s budget plan.

But in 2014, the U.S. Department of Education took steps to prevent schools from using government aid without producing results.

“Under the Obama administration, the Department of Education said they would screen and prevent financial aid dollars from going to colleges that consistently turned out graduates who couldn’t access decent-paying jobs and who were highly likely to default on their student loans,” said Hillard.

But under the Trump administration that program has ended, which means it’s up to individual states to determine if they will screen colleges.

It’s a move Hillard doesn’t think will end well for those that matter. That’s because about $31 million dollars in TAP dollars are going to colleges at which less than 30 percent of former students made a single payment to their loan principal within three years of entering repayment.

“I have maxed out in deferment and right now have not paid anything on my student loans,” said Manraj, the student who graduated from TCI College, with an associate’s degree in computer science. “My only wish is that I could get the student loan debt forgiven so I can start off fresh again and attend a proper college to get a real degree.” 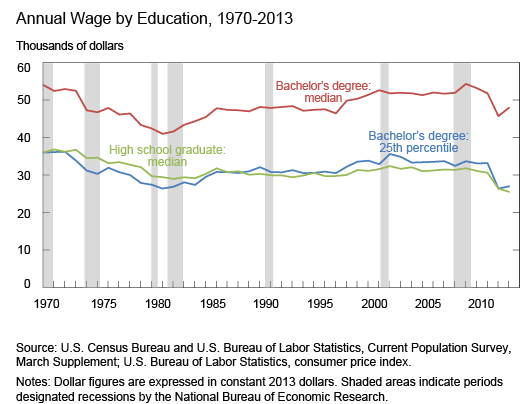