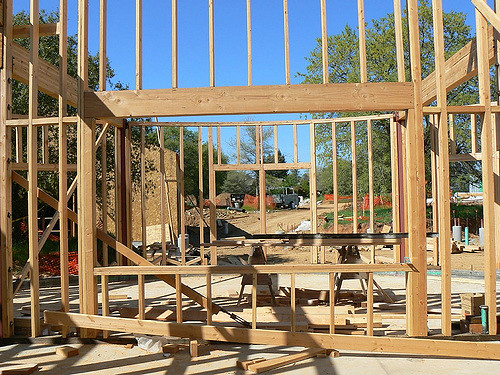 In 2016, when Liza Jane Norman’s mother passed away, Norman was tasked with selling the home in Hollywood Hills where she was raised as part of settling the estate. When Norman started looking for contractors to make some repairs at the house before putting it on the market in April of 2017, she noticed a theme.

Finding handymen who would take on her simpler projects was not a problem. Bigger projects—particularly the roofing work she needed done—was a different story.

“They were backed up for months. It was really hard to find a roofer— I went through a lot of companies!” said Norman, 67, a textile artist, homeowner and mother of two who lives in Oakland. “I mean, it was insane.”

Norman’s experience is a common one these days in Southern California, where contractors and other industry employers are scrambling to hire skilled workers.

This skilled construction labor shortage has arisen at a bad time. California has historically struggled to keep pace with demand for housing as its population grows.

Now, the shortage of housing is so pronounced that the California Department of Housing and Community Development recently issued a report calling for a 100 percent plus increase in annual housing stock production. Even with this dramatic increase, the 1.8 million units this push would produce by 2025 still low for meeting the needs of the state’s nearly 40 million residents.

The construction labor shortage is an added headache in an industry already burdened by a housing shortage. In the golden state’s southern cities, special interest groups have grown adept at taking advantage of state regulatory mechanisms to exert control over developers, hobbling much-needed housing projects—particularly affordable housing. These issues, while exacerbated in the region, represent problems that exist nationally— and according to industry experts, effective solutions remain elusive.

Twenty-five miles from Norman’s old family home, at the headquarters of the Southern California Builder’s Association, the organization’s officials are struggling to identify ways to support its subcommittee on labor shortage as its members seek skilled workers.

In 2016, the Association added a “Skilled Labor Brain Trust” presentation to the lineup of its annual conference to connect employers with organizations that train and educate the new generation of construction workers.

But prioritizing the labor shortage when there are so many other demands on the Association’s members is difficult, said Karissa Willette, an Association spokesperson.

“They’re building as fast they’re allowed, actually, with all the regulation at the local level, the community level,” said Willette. “There has been a lot more development recently.”

Similar issues exist across the country. As the United States continues its recovery from the 2008 burst of the housing bubble, both housing starts and the Case-Schiller index have continued to trend up for nearly a decade.

The millennial generation approaches the median age for first time home buying. The housing market is tight, and prices for existing homes are up as a result.

This has resulted in recovery in the construction industry—but not enough recovery.

Between March of 2007 and February of 2011, construction employment in the United States fell by a seasonally adjusted 2.3 million workers from 7.7 million, the highest level ever recorded, to 5.4 million, a 15-year low.

Since then, construction employment numbers have risen steadily for seven years, and 1.8 million jobs have been added back to the industry. Though the growth has proven sustainable, employment levels remain about 500,000 workers short of the 2007 peak. and economists say employment levels need to be higher to meet demand. Since they’re not, it’s hurting the growth in housing stock.

“It takes two to three years to build a large skyscraper of apartments, and it only probably takes six to nine months to build a home,” said Stan Shipley, a senior economist at Evercore ISI. “But the shortage of labor has stretched those timelines out.”

California is not the only place where addressing the labor shortage has proven difficult. National trade organizations are working to address the issues as well—and those issues run deep.

“A lot of people are retiring, because of demographics,” said Brian Turmail, the senior director of public affairs for the Association of General Contractors of America. “And we don’t have many people seeking careers in construction, largely because we don’t do much to signal as a public education system, or even as a culture, that high-paying careers in construction are careers people ought to be pursuing.”

“We’ve dismantled, more or less, what was once a robust vocational education system in this country. If you don’t even​ expose students to the fact that this is a career option, you shouldn’t be surprised if few choose it as a career.”

To reach those students, AGC has been a strong proponent of investment in federally supported vocational training that can create a pipeline of skilled workers to trade unions and employers who partner with the training programs.

To the same end, the Southern California Builders Association is working on a social media campaign to educate millennial community college students about careers in construction. Outreach to those students also includes invitations and free transportation to industry events to meet potential future employers.

But advocates fear that initiatives like this are not enough to address the construction labor shortage effectively enough to manage the housing shortage. As homeless numbers soar in urban Southern California, the need for housing becomes ever more dire.

“This is definitely one of the major crises in urban America and particularly in California,” said Tom De Simone at Genesis L.A. “and there’s not a ton of leadership on it, to be quite frank about it, there really isn’t. There’s a lot of talk, and everybody can identify the problems, and there’s very, very little meaningful action.”

“And the people who suffer the most are the poor.”