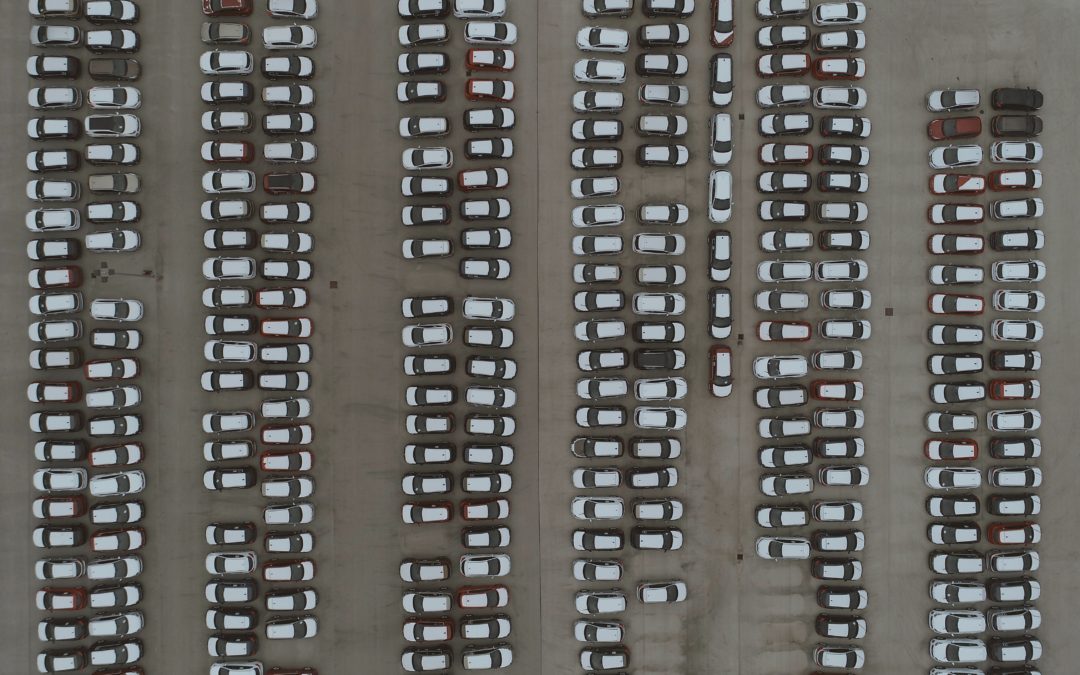 When Ryan Paul leased his first car, he did it the old fashioned way: He went to a dealership, spoke to a salesperson and picked the car up after the the whole process was complete.

But when Paul decided it was time to trade in his 2015 Audi for something new, he decided he had little appetite for the negotiation and gamesmanship of the traditional process. So instead of going to a dealership to get a quote for his 2018 Honda CRV, he went on TrueCar, a car pricing website funded by dealerships.

“My wife and I were dreading the whole haggling process,” Paul said. “I would use TrueCar again because it eliminated all of the negotiation.”

The retail industry has long been moving online over the past two decades. Over the years, consumers have been able to buy a range of products online — from books to electronics to clothes.

Car sales have lagged far behind other categories in shifting to online sales. Overall, online retail sales comprise almost ten percent of all retail sales according to the U.S. Census Bureau. In some categories, such as music and books, more than half of sales are now done online, according to a survey by eMarketer. But online sales account for just 4.2 percent of car sales.

The shift to online sales for the automotive industry has been slow because cars are the second largest expenditure of a household according to Michelle Krebs, executive analyst, Cox Automotive’s Autotrader. Consumers still want to take a test drive and car manufacturers face legal hurdles statewide if they want to sell their cars online.

Dealerships also have resisted to modernize their buying processes as they do not see any benefit to them in the online buying process — as Paul learned when he went to the dealership with the price quote from TrueCar to lease his 2018 Honda CRV.

“TrueCar sends you a quote, and a list of 2-3 dealerships that will honor the quote,” Paul said. But when he went to them, only one dealership honored the quote, with the other two not wanting to work with a credit union for financing.

The automotive industry only started moving online in 2010 — a decade late compared to other retail industries, according to a study by Bain & Company.

But now the car industry, the last bastion of the retail world, is seeing online sales rise steadily. The penetration of online car buying platforms like Roadster, Carvana, TrueCar and CarMax are slowly changing the industry. Dealerships are adopting an online and an in person model of buying cars to meet a rising demand for an easier car buying process. And car manufacturers like Tesla are pushing the envelope by showing interest in selling all of their cars online.

Tesla in February announced that they would be shutting down most of their showrooms and will be selling 100 percent of their cars online. But over time the company has backtracked on its plans saying that they will close only half of their stores, according to a company email early March.

For the car industry, some of the buying process is already online. With car companies having their websites, people are frequenting dealerships less as they browse the cars online, according to Jeremy Alicandri, managing director, Maryan Keller & Advisers.

“An overwhelming majority, over 90 percent are researching their cars online,” said Alicandri. “Online sales are going to increase from now to 5 years.”

The car buying process has traditionally been a complicated process for consumers as they have to deal with a dealership if they wish to go ahead with the transaction.

“There are many parts of the auto buying experience that they [customers] dislike and they want to do online. Notably they want to do the paperwork and the financial part of the deal online,” said Krebs of Autotrader.

To solve the paperwork and financial hurdle, companies like Roadster are pushing the industry by providing the whole car buying process online.

Andy Moss, Roadster’s CEO, worked in the fashion industry before starting the company in 2014 when it bought a car brokerage company in California. After getting over initial hiccups it started selling its platform to dealerships. Roadster lists dealer’s cars on its platform and give consumers a choice of doing their paperwork online or with the dealer.

“It is still new. It is still an education for the consumer,” said Michelle Denogean, Chief Marketing Officer at Roadster. “But it may change over time with millenials and other generations being more digital focused.”

In spite of having platforms like Roadster, direct online sale of new cars from the manufacturer to the customer’s house is still in the distant future. The reason: franchise laws.

So, in order to sell directly to the consumers “manufacturers would have to buy out each dealer in the state,” said Alicandri, making it difficult for manufacturers to contain their costs.

On the other hand, led by Carvana, a used car dealer, part of the used car sector of the industry has adopted an all online buying system with no showrooms which delivers the car to the consumer’s doorstep. Carvana’s revenue in 2018 was 584.8 million dollars, a 121 percent increase from 2017.