Jobs jump in April, in 103rd straight month of growth 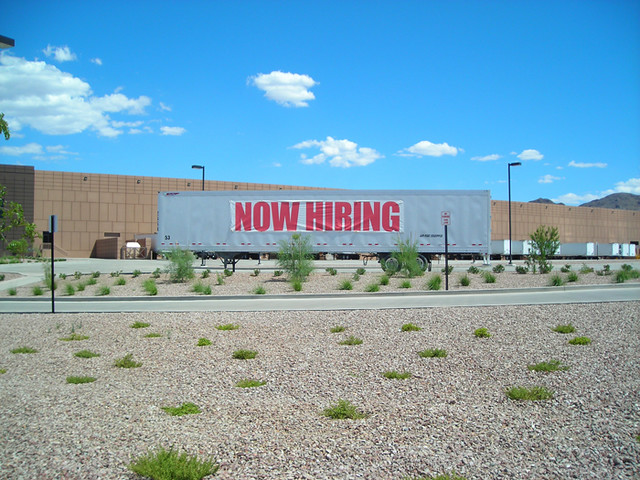 Hiring jumped in April, with unemployment down to its lowest rate in decades, giving President Trump continued political fodder while he takes credit for economic growth.

“The key takeaway is that the economy has been able to create a large number of jobs, which is remarkable this late in recovery,” said Julia Pollack, a labor economist at ZipRecruiter.

An increase in wages in April, although at a lower rate than expected in the face of labor market pressures like low unemployment, supports the Federal Reserve’s continued pause on raising interest rates. But the quasi-independent still faces continued public calls from President Trump to lower borrowing costs to boost economic growth as the 2020 presidential election field shapes up.

Some of the biggest jobs gains happened in the professions and business services, constructions, health care and social assistance, the Labor Department said.

Construction employment rose by 33,000 in April, despite recent weakness in the housing sector, and Brooks Construction, Inc. in Fort Wayne, Indiana took part in adding jobs.

In the last year, the company has ramped up it’s hiring efforts. It created talent leader position for Carly Buchanan, 33, who over the last year or so expanded job outreach on social media platforms, online job boards and doesn’t turn down any community or high school job fair.

“It keeps me very much in tune with my community and the market that we’re in,” Buchanan said. “We’re having a different kind of struggle because we’re getting so many applicants and just trying to sort through them and sift through them.”

In April last year, Brooks Construction, Inc. saw about 200 applicants for open positions. This year, it has upwards of 600 applicants to choose and better find the best fits for the company, Buchanan said.

The numbers show it’s not too tough for job seekers to find a position, although some employers can still to be choosy despite a tight labor market.

“There would be moments where I didn’t get any sort of feedback after weeks had gone by and that was really frustrating because you don’t know if your application fell through the cracks or if they reviewed and just didn’t decide to contact you back,” he said.

After about five months of searching, interviews that didn’t pan out and non-responses, Nicholson decided to tap into a connection he made with a technical recruiter a few years ago, who helped him land a role as a security analyst in April.

Manufacturing has been sluggish, seeing little change in employment in April with 4,000 new jobs. It counters the president’s promise of an industry resurgence.

“What may be happening is that manufacturers are struggling with a tight labor market, despite high employer demand,” said Pollack said.

Economists are mixed on whether the 3.2 percent increase in wages over last year was encouraging or not enough at this point. Wages are edging higher, but at a slower pace in the face of low unemployment In a tight labor market, employers tend to attract new talent with higher pay.

The drop in the unemployment rate in April was mainly driven by a decline in the labor force participation rate, which reflects the percentage of available workers out of the total population age 16 and up.  That rate saw jumps recently but was likely unsustainable as more Baby Boomers are hitting retirement age and leaving the workforce.

“Those past increases were welcome, but a bit surprising,” said Molly Wharton, an economist at Morgan Stanley.

But wages also rise when inflation does and, lately, inflation has remained low. The absence of that pressure supports the Federal Reserve’s move to hold off on any raises in interest rates for the foreseeable future. That stance was in part a response to signs of economic slowdown pressures abroad.

The Fed’s pause comes at odds to President Trump’s monetary policy wishes. As he reminds the country of its economic strength ahead of his 2020 election bid, he continues to publicly say that he liked to see interest rates cuts to promote even more growth.

While numbers suggest strength for now, the president’s push expend tools like interest rate cuts and tax cuts to boost growth while times are good–the GDP grew by 3.2 percent in the first quarter of 2019– could become a thorn in his side should the economy show any signs of a downturn ahead of the election.

“I can’t say it’s a mistake, but the more you push the economy in good times when you have tools, when there come to be bad times you will have used up all of your ammunition,” said Chris Rupkey, chief financial economist at MUFG.