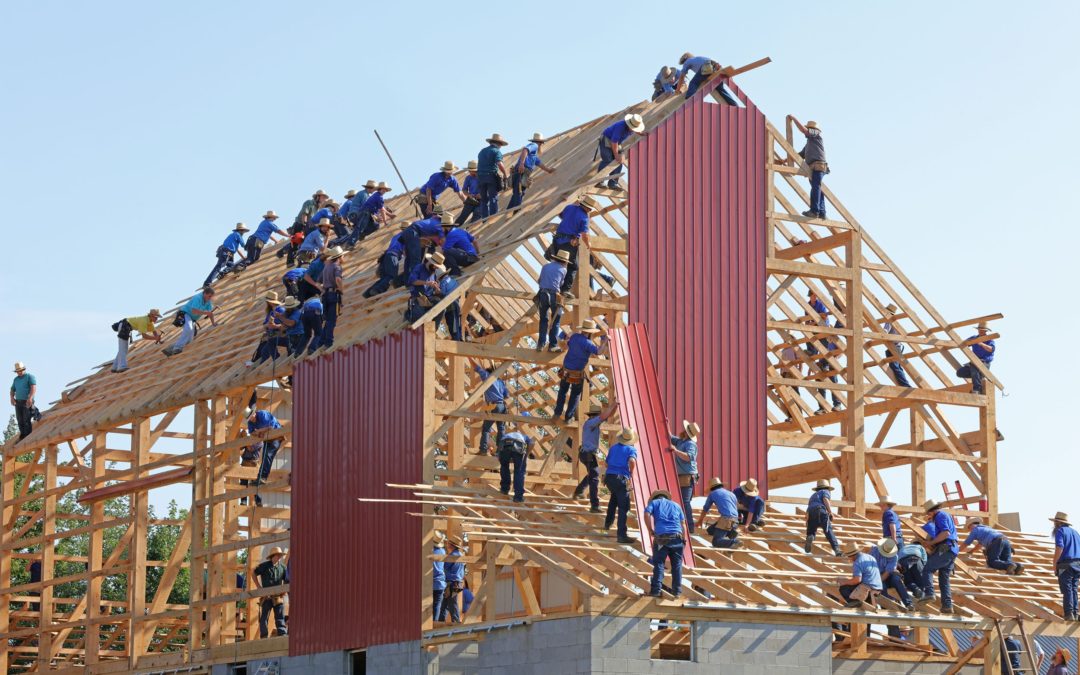 After tariffs on lumber and steel went into effect, the cost for Paul Schwinghammer to operate his Indiana-based home building and renovation company soared.

“In the last two to two and a half years, our prices are up about 20 percent,” said Schwinghammer who is president and owner of Hallmark Homes.

Since the Trump administration imposed tariffs of up to 24 percent on Canadian lumber and 25 percent for Chinese steel, construction companies have had to pass prices on to their customers, shelve projects and, in some cases, lay off workers.

For now, most businesses are doing well and are adding workers and increasing wages. But smaller firms are suffering already, and even larger companies won’t be able to sustain higher operating costs in the long run.

The potential repercussions that Donald Trump could face are very real as well. He ran on a platform that promised to bring back blue-collar jobs such as those in the construction industry, most of which were decimated after the recession. Since then, wages and employment have rebounded. But as the 2020 election approaches, a downturn in the sector could hurt him in the states he must win.

Whether or not a company can adjust to tariffs hinges on several factors including whether they are building higher-priced homes for people with rising incomes, whether they are located in thriving metropolitan areas, and their financial resources.

“The impact on any company from tariffs is going to depend on their target customer and what the demographics of their customer base are,” said David Logan, director of tax and trade policy analysis at the National Association of Home Builders. “There are definitely differences in how profit margins are impacted and how customers are impacted that is based a lot on geography as well.”

Not everyone in construction is concerned about the tariffs. Ward Davis, principal of High Street Real Estate and Development, says things have leveled off. Cost increases impacted his operations in the short run, but they haven’t had any long-lasting effects.

Davis’ company, based out of Springdale, Arkansas, was impacted the most after steel tariffs went into effect in June of 2018. He put projects on hold and didn’t start any new ones for a few months that summer.

“Anything on the margin, we just didn’t build because prices went up,” he said. At this point, he feels that his company has made up any losses from the stalled projects. “Velocity-wise we’re back to where we were before,” he said.

Schwinghammer hasn’t had to lay off any of his 35 employees or cut wages. But his ability to absorb higher operation costs is because people are still willing to buy homes at higher prices — mostly due to low interest rates to take out a home loan.

“We haven’t seen a significant downturn in sales because of the increased prices luckily because interest rates have remained steady,” said Schwinghammer. He added that his company would run into difficulties if interest rates were to increase without relief from the tariffs.

After a developer buys up land and gains approval to start construction projects they hire a general contractor to manage the actual building. For some contractors– especially small businesses– canceled or stalled projects on the developer’s end can have lasting effects.

Raul Menares, president of RAM Design Builders– a home improvement construction company based in Westfield & Hoboken, New Jersey– has laid off more than half his staff since 2017. Before the tariffs went into effect, his small business employed 22 people. They are now down to nine. Menares attributes the layoffs mostly to small and midsized developers placing projects on hold until uncertainties around the trade disputes are resolved.

“It impacts the contractors in the area because now there is a lot less work being done,” Menares said. In addition to the layoffs, Menares hasn’t given his remaining employees a raise or bonus since the tariffs went into effect.

Ken Simonson, chief economist at Associated General Contractors, said that geography also plays a significant role in construction investment. “It’s really a reflection of the state of a state’s economy,” he said. “And New Jersey has struggled much more than some other states.”

Menares can pass some of his costs to customers, specifically individual homeowners who are doing renovations. This is also possible when developers decide to move ahead with projects. But for those who choose to hold off on building, the effects are felt by business owners like Menares every day.

“What’s hit the most is the small builder,” he said.