U.S. Dairy Farmers Can’t Afford a New NAFTA Deal to Not Go Through 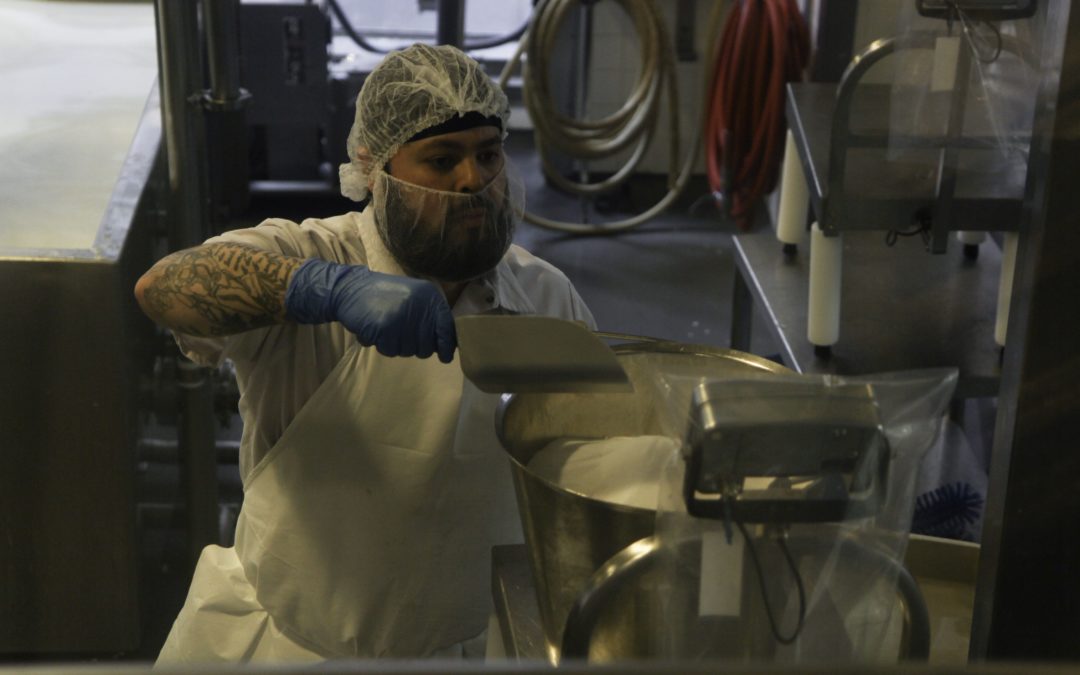 Eric Ooms is a farmer in upstate New York. He runs a dairy farm with his two brothers and can trace his lineage back to the 1500s, when his family had a dairy farm in the Netherlands.

Ooms can see the benefits to arguments coming from either side of the aisle. What he finds frustrating is the time it has taken for politicians to make a decision. “Okay guys, great, you guys can fight over this. At the same time, well, it hurts us.”

The Trump Administration has touted the new USMCA deal that is meant to replace NAFTA as a boost to the dairy industry. In reality, it will not help American dairy farmers that much by opening the market with Canada. The real value in the deal for a lot of dairy farmers lies in the fact that it will end the uncertainty, not to mention tariffs.

In its own release about USMCA, the Trump Administration claims several “key achievements” through the deal that would further open the Canadian dairy market to the U.S., including changing the Canadian pricing system that has been most effective at keeping American farmers out.

Those potential gains might not ultimately be big enough to cause a significant change. Jeffrey J. Schott is a senior fellow at the Peterson Institute for International Economics. He said the change would be too small to make a difference. “It’s a positive change, but not a very significant one.”

It also takes money and time to enter into a new market. Lauren Williams, senior associate director of national affairs at the New York Farm Bureau, said that might be prohibitive to American farmers.

“Canada has had this pricing system for several years now. So they’ve been able to create the market for that with their own products and self-sustain,” Williams said. “A lot of our producers here in New York have lost that market, so they’d have to go in and regain it again.”

Ooms said that as a dairy farmer, he sees that as a hurdle. “Maybe it’s better, but it probably doesn’t matter that it’s better because it takes time to build those relationships. I guess we’re getting a little more access to the Canadian domestic market.”

What might have a bigger effect on dairy farms like Ooms, however, is what happens at the other border. Retaliatory tariffs from Mexico on U.S. cheese has made it harder for American dairy farmers to do business.

“From a dairy farmer perspective, this whole process is a net positive on the Canadian side, but it’s costing us tremendously on the Mexican side for as long as those tariffs are in place,” Ooms said.

Ooms, like many other American dairy farmers, is more concerned with retaliatory tariffs that Mexico placed on American cheese imports last year. Mexico is the U.S.’s best customer when it comes to cheese, accounting for 26% or $387 million of American cheese exports in 2017. When the tariffs came into play, not only did Americans make less money on cheese exports to Mexico, but they also saw a surplus in cheese at home that drove down the price.

In September of 2018, the Center for North American Studies at Texas A&M University released a report on the effect of Mexican and Chinese retaliatory tariffs on the U.S. dairy industry, where they predicted that in the first year of the Mexican tariffs, the industry is likely to lose about $68 million from reductions in cheese imports.

“Dairy farmers are hurting in a way they have not been hurting in a long, long time,” said Jaime Castaneda, senior vice president of trade policy at the U.S. Dairy Export Council. He said that ideally, he and his organization would like to see the Trump administration address Democrats’ concerns about the deal without reopening the agreement.

That could happen soon. Even so, it is unclear at this point whether the deal will still go through after such a drawn-out negotiation process. And if it does not go through soon, that could mean Mexican retaliatory tariffs on cheese could be around for a while longer.

As the report from the Center for North American Studies at Texas A&M University notes, China has also implemented tariffs on U.S. dairy products as part of the ongoing trade war. Though China imports far less U.S. cheese than Mexico, representing only about 4.2% of American exports in 2017, it is a market that American dairy farmers would like to expand.

That seems less likely to happen now as the trade war, which economists predicted would get resolved soon, escalates. Last week, the Trump Administration entered talks with China to reach a new trade deal, only to walk away with increased tariffs. That left American dairy farmers with more to worry about.

Patrick Lacroix, a history instructor at Phillips Exeter Academy and University of New Hampshire researcher, said the extended talks and their consequences do not feel unfamiliar in today’s world of trade negotiations.

“We might find ourselves in a situation reminiscent of Brexit, simply because of the complete uncertainty in terms of trade relations, tariffs, regulation that would face not just Canada and the U.S., but Mexico as well,” he said.

Just like with Brexit, the USMCA deal could end up harming the people it is meant to help if allowed to drag on.

“We need everybody,” said Castaneda, “we need Congress and we need the administration to understand how much the dairy farming community is hurting.”