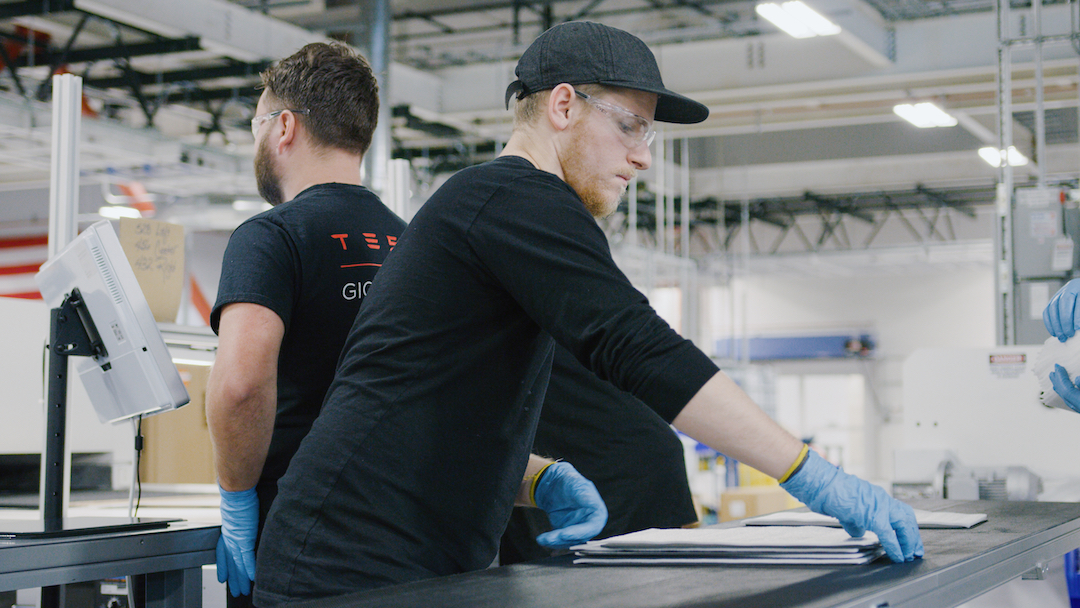 Anthony Dalessio was in high school when Republic Steel left town in 1984.

The steel mill, one of the largest in the country, had been one of Buffalo’s largest employers through the 1950s and 60s. But as globalization moved manufacturing jobs overseas, Republic Steel – and the city – sputtered.

Now Dalessio hopes his students can secure jobs working in the former steel mill. “They all want to work for Tesla,” he says.

The program he runs, along with the renovations and equipment in what is now a Tesla solar cell factory, are funded by nearly $1 billion from the state of New York. Dalessio, chair of the nanotechnology program at Erie Community College in Buffalo, NY, trains students to operate advanced manufacturing equipment.

Huge incentive packages – in the range of hundreds of millions to billions of dollars – have become a favorite job creation tool used by politicians across the country.

Critics argue that the deals are rarely as good as promised. They say the subsidies are too expensive for communities and corporations often renege on the job numbers.

State and local officials say they have little choice but to make their best offer. According to them, there are few other mechanisms for a small city to make itself stand-out and if they don’t offer enough incentives, another city will.

Tesla’s “Gigafactory 2” in Buffalo could be a test case for whether these programs carry real value for small and mid-sized cities.

In 2014, hoping to convince Solar City, which is now owned by Tesla, to set up shop in Western New York, the state committed more than $750 million in tax breaks and other incentives. It has since promised an additional $200 million. The money has gone towards property tax breaks, factory renovations, state-of-the-art manufacturing equipment and millions of dollars for local colleges to create programs tailor-made for green technology manufacturing.

At least on paper, it appears to be the perfect marriage of region and project: Tesla is offering 1,500 good paying jobs in a growing industry, while Buffalo can offer the type of skilled workers – reinforced with an educational pipeline – that companies often complain are missing outside of large cities.

Whether the project is seen as a success – even if it works for both Tesla and Buffalo – might hinge on how much New York shelled-out in the first place. Beyond the Tesla deal, New York is one of the country’s highest-rolling states when it comes to economic incentives. But it’s unclear whether the strategy has put New York ahead of others.

California, for example, spent only a third as much as New York on subsidies between 2014 and 2018, according to data collected by Good Jobs First, a watchdog group.

Timothy J. Bartik, Chief Economist at the pro-labor W.E. Upjohn Institute for Employment Research, notes that there is little correlation between the value and number of incentives a state gives and growth in its GDP.

New York has usually structured its incentive programs to be triggered at certain job benchmarks. Tesla, for example, has been on a hiring spree in recent months, attempting to meet an April deadline to meet its jobs commitment to the state. Dalessio says several of his former students have been hired since January. If Tesla misses the deadline, it will have to pay a $41 million penalty.

Tesla is on-track to meet the job benchmarks, according to Buffalo Mayor Byron Brown.  And if they do, a $400 million loan becomes a grant funded by the state. That is in addition to $350 million in cash Tesla received at the outset.

But with the government investing so much money upfront, skeptics say this deal is already a ripoff for Buffalo and New York state. The upside, they say, simply doesn’t justify the price tag. With its cash already sunk into the Buffalo factory, New York state could find itself in much the same position as Wisconsin.

In 2018, Wisconsin poured hundreds of millions upfront in capital investments to lure Foxconn, the Taiwanese electronics giant, which promised its new plant would create 13,000 jobs. But after two years of shrinking estimates from both the state house and Foxconn, it now looks like the promised jobs probably won’t materialize.

Advocates for the Tesla deal say Buffalo isn’t repeating Wisconsin’s mistakes. The difference, Tesla says, is the city’s logistical strength and diversified workforce. The city’s population has remained stagnant over the past two decades, but its two research universities and large hospital system have grown. The city’s location also makes it a strategic shipping and distribution hub: 100 miles from Toronto, the continent’s fourth largest city, and a few hours drive to Pittsburgh, Cleveland and the Great Lakes cities.

Elon Musk, Tesla’s CEO, is now scouting locations for Tesla’s next U.S. factory, which is expected to produce the company’s new Cybertruck and Model Y vehicles.

“Incentives play a role, but so do logistics costs, access to a large workforce with a wide range of talents, and quality of life,” Musk told the Wall Street Journal last week.

If he’s right – that incentives are only one of many pieces in the puzzle – the Buffalo plant will have staying power beyond April’s hiring deadline.

Whether or not Buffalo’s Gigafactory is a success, the incentive game for Tesla’s next factory is already on the table. Just look at Musk’s Twitter mentions where Oklahoma Governor Kevin Stitt is making his sales pitch for the company’s fourth U.S. plant. “Oklahoma is innovative. Oklahoma is the Hub of America. Oklahoma is truck country. Let’s talk,” he wrote.