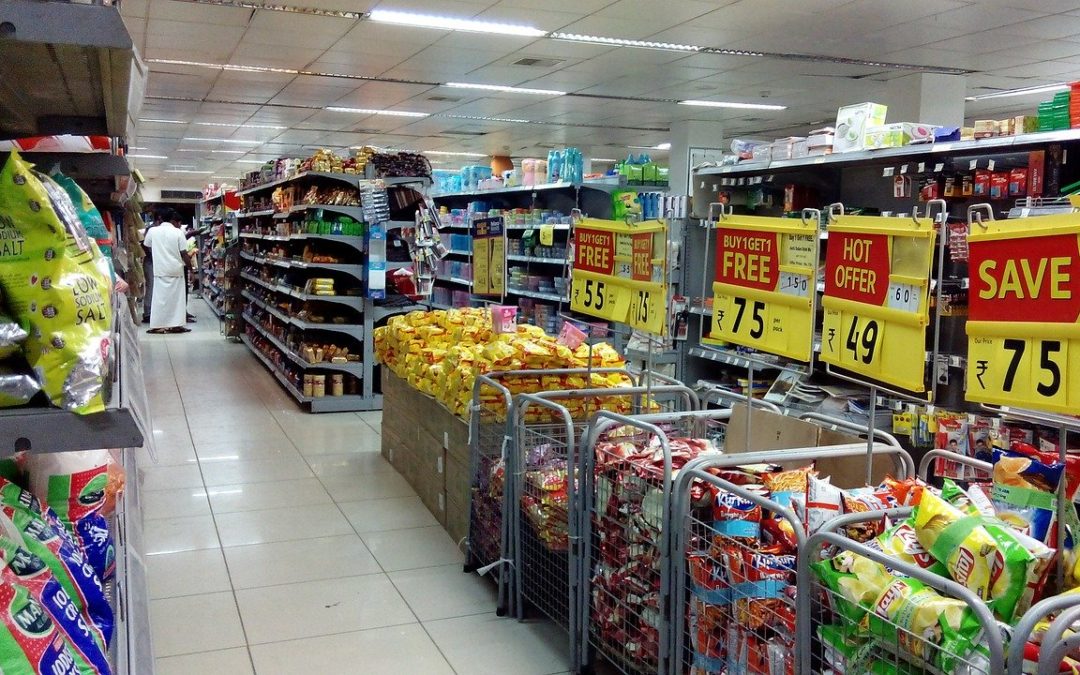 In another sign that coronavirus disrupted consumer spending, February’s numbers show initial slipping in retail sales downward after a slight tick up in January.

Down 0.5%, numbers released from the Commerce Department show how American shoppers frequented department stores, bars and restaurants less, underscoring the coming change for brick-and-mortar sales, which have been softening since last quarter. The February numbers contrast improvement seen just a few weeks prior, but don’t fully reflect the pandemic and change in consumption that took root in March. The report reflects a trend for consumer spending.

“Retail sales were disappointing in February confirming the notion that consumers were already losing momentum heading into 2020 before the coronavirus,” said Lindsey M. Piegza, Chief Economist at the Fixed Income Strategy Department of Stifel Nicolaus & Co.

In January, numbers showed modest gains and originally looked somewhat soft even with first signs of the disease now known as Covid-19 impacting Asian markets. Coronavirus, which struck Wuhan, China late last year, has hurt many parts of the American economy including retail sales. Even minus car and motor parts sales, which have been struggling, the numbers dropped 0.4% for retail. This was a surprise to some economists, who didn’t expect to see the effect of the virus on spending until March.

“We undershot projections… but now I’m struggling to find any kind of positivity for retail,” Tim Quinlan, Senior Economist at Wells Fargo said. He originally stated February wouldn’t show much change from the virus and that data scientists even projected a bit of growth in shopping at 0.1%.

The February numbers are already outdated. Many restaurants began slowing in February and have moved to takeout or delivery only since local governments mandated it in larger cities, causing an even further drop in business. The Fed slashed its benchmark interest rate to zero and Congress is set to approve a stimulus plan to keep the economy from collapsing altogether. 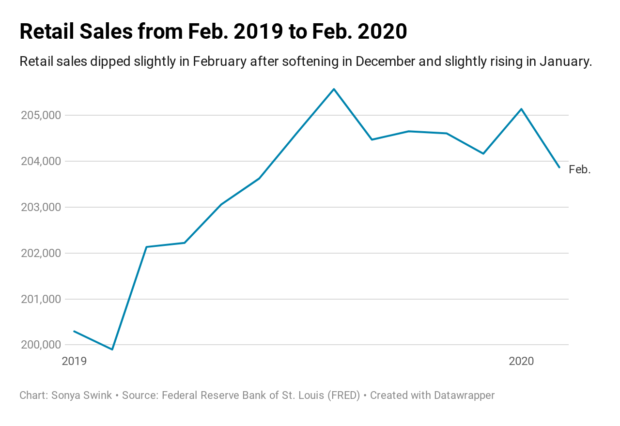 The sudden slow in March hit sales at department stores, bars and restaurants, impacting workers. Many don’t have much to fall back on and aren’t being paid when laid off.

The impact of coronavirus on one small business has “almost decimated it,” Maud Schaefer, Manager at Tommy’s Thai restaurant in Aurora, Colorado said.

“No one’s coming in. It’s a fraction of the amount of the business we usually do, maybe 20% of normal.” Schaefer said her staff of twenty-two people has had shifts cut down from 8 a week to around 3, and that some work more than two other jobs to make up the difference.

However, retail sales were better than February 2019. One area that saw good numbers were warehouse chains that sell food, such as Sam’s Club and Costco, which saw memberships jump in the middle of February. Economists expect likely the greatest month-over-month growth in sales for those chains ever when the March retail sales report comes out.

Consumer spending makes up 70% of the US economy, and the sudden closures of places like Nordstrom and hundreds of other retailers will reverberate across it. Operations at restaurants are projected down 30-40 percent in March, according to Barclays Capital Inc.

“Strict containment measures are weakening spending in other categories like airlines and overall spending,” said Michael Gapen, Chief US Economist at Barclays. “It’s not hard to get a negative 10% quarter for Q2. We don’t know. You can extrapolate from the restaurant industry to other sectors, and you’ll get a number like that.”

Second quarter will likely be determined by how long containment lasts and numbers of Covid-19 cases spike. Social distancing will likely hurt businesses like Nordstrom and other non-essential retailers into Q4, according to economists.