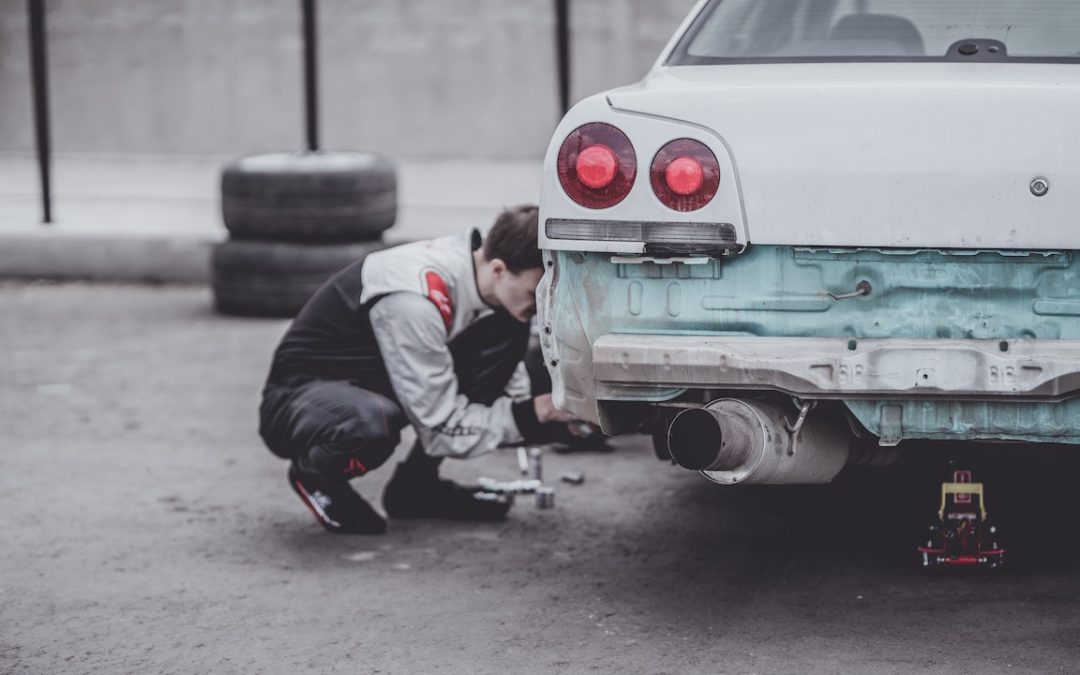 Businesses ordered less equipment in February, an early sign of the supply chain disruptions to the manufacturing sector from the coronavirus pandemic last month that are only projected to get worse as the ripple effects spread deeper into the economy.

Orders for core capital goods, a measure of business investment, fell 0.8% in February, after rising 1% in January. Overall, new orders for durable goods were up 1.2%, but that was largely because of a rise in orders for transportation equipment, which are volatile from month to month.

The report showed the early effects of the supply chain disruptions caused by work stoppages and factory closures in China. With the arrival and massive spike of new coronavirus cases in the United States this month and the subsequent near halt in economic activity, the outlook for business investment is grim.

Even before the pandemic, business investment had been lackluster over the past year, contracting for three straight quarters for the first time since 2009. Last year’s performance was largely due to the trade war with China and showed signs of improvement last month before the pandemic hit the country.

Sales had just started to pick up in January for Dylan Schroeder, sales manager and part-owner of Ace Installation Corp., a company that distributes automotive equipment to car dealerships and repair shops in the New York area. Now, business for his customers is getting slow, and many are trying to complete as much work as possible with the equipment they have before things get worse.

“If they’re not dead, they’re running around like chickens with their heads cut off, trying to bang out work while they can,” Schroeder said.

Schroeder purchases most of his equipment from two chair lift manufacturers, Challenger Lifts in Kentucky and Mohawk Lifts in New York. Early this year, he noted lead times that were nearly three times longer than usual on orders from one of Challenger’s lines, which is manufactured in China.

“On the imported stuff, I placed larger orders on those products just because I knew I would need them,” he said. “I did plan ahead and order extra stock.”

While businesses across the country are forced to shut down to contain the spread of the virus, Ace Installation Corp. is operating fully as it is classified as an essential business in the transportation sector. An estimated 20-30% of Ace’s business is heavy-duty equipment needed to repair trucks, which are servicing the country’s grocery supply chain with goods and supplies.

Businesses in the consumer sector like restaurants, retail and air travel were among the first to take a major hit from closures and cancellations due to the pandemic, but these effects have already begun to feed into the manufacturing sector. IHS Markit’s composite purchasing managers’ index, which measures business activity in the manufacturing and services sectors, saw a contraction in February and March, the steepest slump recorded since data were available in 2009. 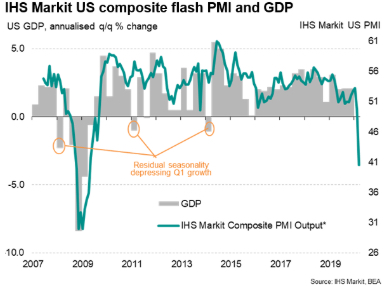 “Businesses have to decide to invest and plan equipment based on a longer-term view,” said Scott Brown, chief economist at Raymond James & Association. “This has been a pretty sharp decline in overall economic activity and that level of uncertainty is a real negative for business investment.”

Major car factories in the United States such as Honda, Ford, GM, and Fiat Chrysler announced closures this month, which will cause vehicle assembly rates to drop dramatically next month. BMW also recently announced that it will close its largest plant, in South Carolina, in early April.

For his part, Schroeder is prepared for a slowdown in business but hopes for a rebound from pent-up demand in the third quarter of this year.

“As long as this doesn’t spiral out of control, escalate, get worse as far as the pandemic is concerned,” he said.