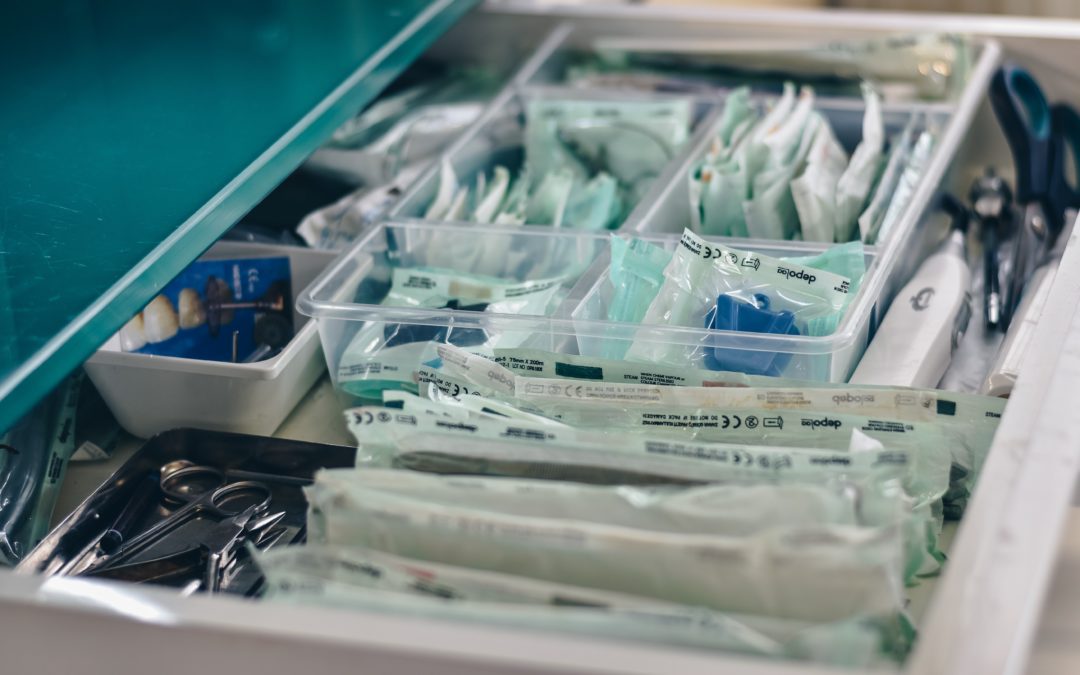 February and March have been very unusual for Jia Yu, owner the Yu Jia Express shipping company in Flushing, Queens. Because of the coronavirus outbreak in China, many Chinese in the United States have shipped medical supplies, including surgical masks, N95 masks and protective clothing, to China since late January to help their families, friends and hospitals cope with shortages.

But Yu said he never thought the same thing would happen here. In March, many packages filled with masks have arrived from China, he said, because of the quick spread of coronavirus in the U.S., especially in New York City.

The shortages highlight the close economic relationship between the U.S. and China.  Even after their trade war, their economies are still interdependent.

According to the U.S. Census Bureau, which tracks foreign trade data, U.S. trade with China medical supplies has increased in both imports and exports. While China imports high-tech medical equipment from the U.S., the U.S. also imports a large quantity of labor-based medical products from China., such as masks, gloves and even hand sanitizer.

That helps explain why shortages of medical equipment in the U.S. are now much tougher than they were in China in January. According to the 2019 U.S.-China Commission report to Congress, Americans’  heavy reliance on Chinese pharmaceutical products would put U.S. consumers at risk if China cut off its medical supplies or raised prices during heightened geopolitical tensions.

“Much of the medical equipment that Americans use come from China,” said Michael R. Englund, chief economist at Action Economics, a financial services company.

Eighty percent of the antibiotics used in the U.S. are made in China, according to an article on Politico republished from the South China Morning Post. The coronavirus helped made that reliance more critical.

The outbreak in the U.S. has had a negative impact on most of the country, especially New York State, the hardest-hit state, with more than 30,000 confirmed cases. The shortage of medical supplies in New York City is the most urgent problem.

“I have colleagues who are reporting that they currently have shortages of their personal protective equipment, which includes masks and gloves and gowns,” said Amy Anderson, an assistant professor of professional practice at Harris College of Nursing & Health Science in Fort Worth, Texas.

Anderson said some companies, including 3M and Honeywell, had moved to make medical supplies like N95 masks domestically so that the U.S. can ramp up its production and ensure that frontline workers are prepared and safe while doing their jobs.

Honeywell announced on March 22 that it would expand its manufacturing operations in Smithfield, R.I, to produce N95 face masks.

“I’m not sure where we’re at with numbers,” Anderson added, “and so that for me as a health professional is very concerning.”.

On March 22, New York Gov. Andrew M. Cuomo tweeted: “I’m calling on the Federal Government to nationalize the medical supply chain. The Federal Government should immediately use the Defense Production Act to order companies to make gowns, masks and gloves. Currently, states are competing against other states for supplies.”

Under such urgent circumstances, the Trump administration has expressed willingness to remove tariffs on medical supplies from China. The Office of U.S. Trade Representative even issued a request to let more departments possibly “remove duties from additional medical care products.”

But even if tariffs are lifted, some economists say they don’t expect the move to favor the U.S. much.  “Given the trade tensions between our two countries, it seems unlikely that they’re going to be favoring us over other countries,” said Eric Gaus, assistant director at Moody’s Analytics. “I imagine on the margin, China would probably favor Europe over us.”

The coronavirus does disrupt the economy, including trade, manufacture, and consumption. Even though economists are still waiting for more data, but they have been concerned about how terrible the coronavirus’ influence is to the U.S. trade.  “In fact, sometimes I feel like we’re all children,” said David Bodek, senior director at SG Global Ratings, a financial services company.

Yu Jia Express temporarily closed on March 21 because of the order of closing non-essential businesses in NYC – just one more effect of the pandemic that Yu had never expected. 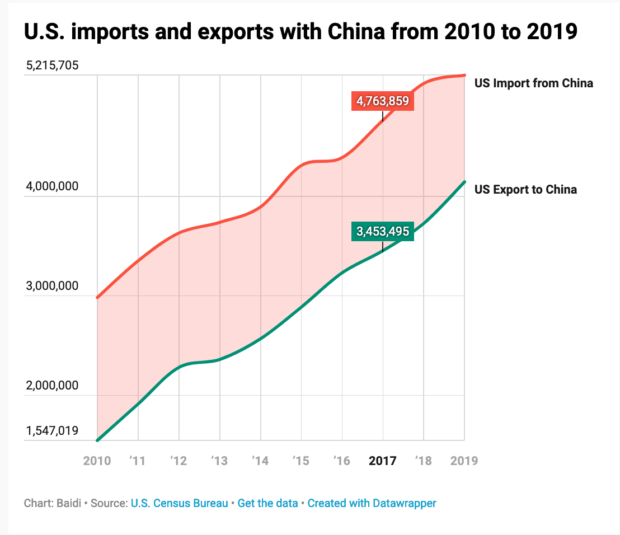