A Tale of Two Retail Sectors: COVID-19 Makes Stores Halt while Warehouses Struggle to Keep Up with Sales 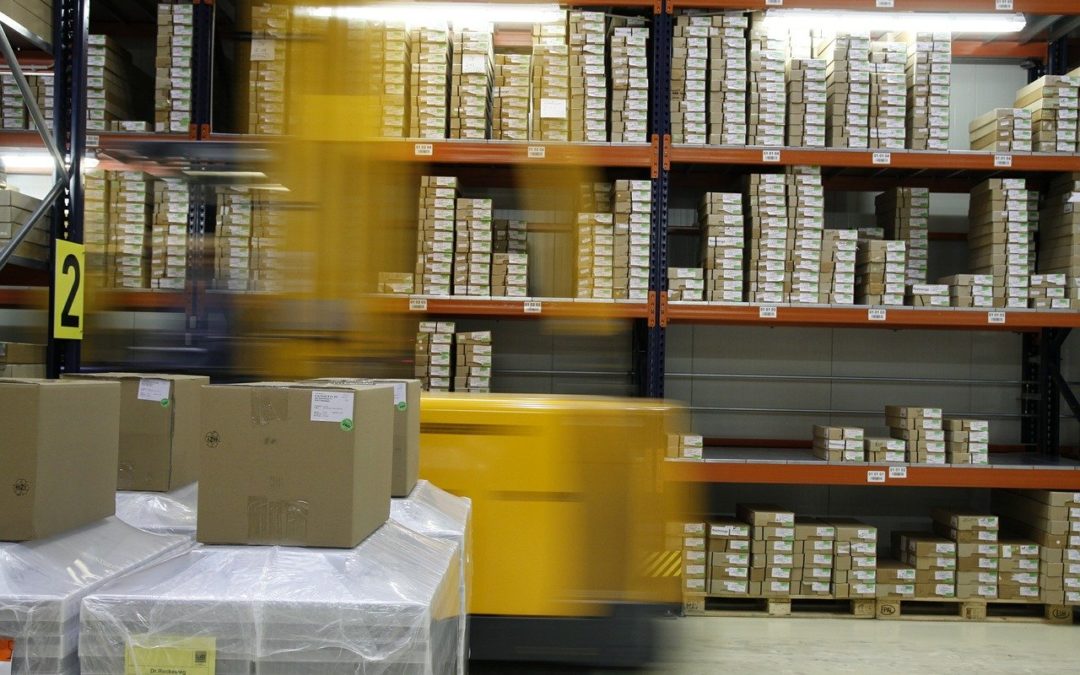 “Working in e-commerce, it seemed like it was a better job.”

Tyler Hamilton quit his construction job to pack boxes at Amazon’s warehouse near Minneapolis a couple years ago. Since coronavirus, the 23-year-old got a small pay bump but works endless overtime, with one day bleeding into the next. He oversees extra robots and new hires since the pandemic spiked sales for the e-commerce giant. “The last few weeks have been a whirlwind,” Hamilton said.

Coronavirus has shifted retail work into warehouses even faster than before. Department chains like Nordstrom closed indefinitely, warning of potential financial collapse on April 8th. Most retailers are furloughing or fully laying off their in-store employees while e-commerce companies expedite new hires to pack and ship on the front lines. A nation stuck at home means sales for online behemoths like Amazon, or even Etsy, which has seen a huge jump in orders.

Bryan Maes, 33, was a manager at a Goodwill in Phoenix, Arizona until April 1st, when the company announced nationwide layoffs. He got laid off without sick or vacation pay, with only a partial paycheck to sustain him for the following week.

“I’m nervous about the future, and when I asked if and when I would be able to come back to work I was given very vague answers,” said Maes. Goodwill hires many special needs or other people who otherwise couldn’t get a fulltime job, now,  “… they can’t really tell employees when, or even if they will have their jobs in the future,” said Maes, who has been unable to file for employment so far.

Filing for bankruptcy this year, Pier 1 and Modell’s Sporting Goods were just a few chains defeated primarily because of competition from e-commerce. In March, Amazon bought out two Fairway Market locations in New Jersey.

The upheaval in retail has only intensified.

“Any given day I get two different spectrums of the retail industry. Some are trying to hire like crazy and others don’t know how to pay the bills. Brick and mortar is much the latter,” said Rachel Michelin, President and CEO of the California Retailers Association.

In California, the world’s fifth-largest economy, one in four jobs was in retail. But except for Amazon or essential warehouse grocers, most retail jobs have vanished. A March survey from Coresight Research found two-thirds of Americans are avoiding all shops, but especially malls.

Retail spending has changed over the decades. Only 2.4% of Americans’ spending is on clothing according to the Labor Department. In late 2019, there were about 9,000 store closures and 3,780 store openings, according to Coresight. Some stores have shifted to online sales.

“Retailers understand the magnitude of this…They’re nervous. They’re in a wait and see mode,” Michelin said of those who’ve called the California Retailers Association for information. 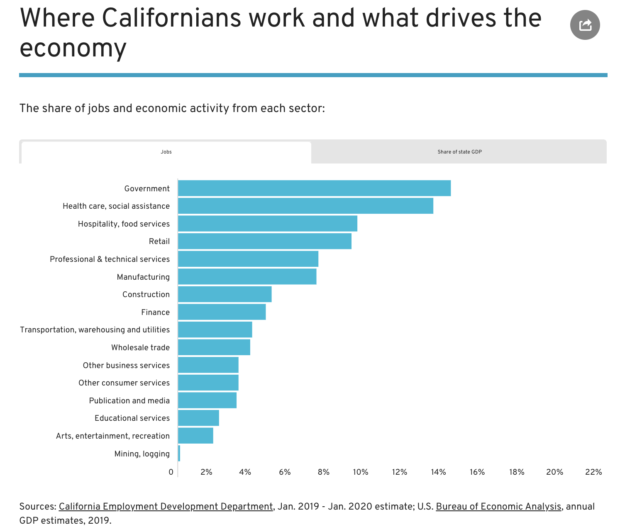 But many retailers don’t sell online. Those that do haven’t seen their online sales match what they’re able to do with store sales. Stocks at Kohls, Macy’s and other department stores had their worst month ever in March, seeing stocks fall by more than half.

Around 1.7 million jobs could be permanently lost without government intervention quickly, according to the National Retail Federation.

Over 3 million people have filed for unemployment and “the increase in initial claims are clearly attributable to impacts from the COVID-19 virus” said the Labor Department in an earlier statement.

Jobs for manual labor in warehouses had been increasingingly in-demand, but now jumped up after coronavirus hit pandemic levels in the US. The two top postings on ZipRecruiter, a job search site, are “warehouse handler” and “warehouse attendant,” a two thousand percent increase over typical postings for those positions on the search engine.

Amazon is hiring over 150,000 workers to keep up with purchases coming from those at home.

“I’m home now and have more time, so… I will buy more from Amazon etc… I’m bored at home, so let’s see what I’ll do with (shopping) the Internet,” said Emme Creasman, a banker and an American expatriate living in The Netherlands.

The choice for many left without a retail job now is to either file for unemployment or risk taking on warehouse work, much of which involves close human interaction. “Amazon is a retailer with the money to take care of its people. But it hasn’t done much and keeps adding workers,” said Hamilton.

But what remains to be seen if they’ll have a job to come back to when the pandemic slows.

Without grants or other special support coming through from the $2 trillion bill just passed by Congress coming in time, many retailers might permanently default on loans and mortgages. 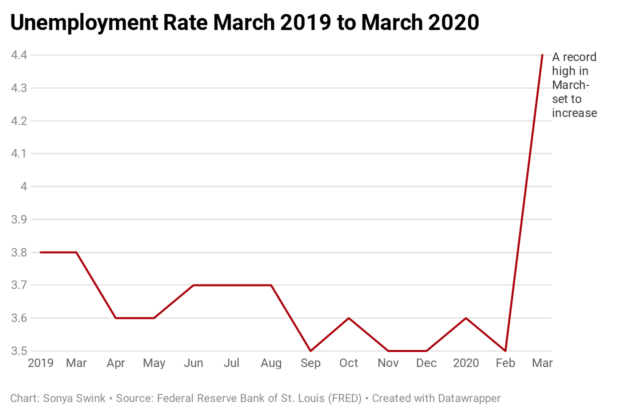