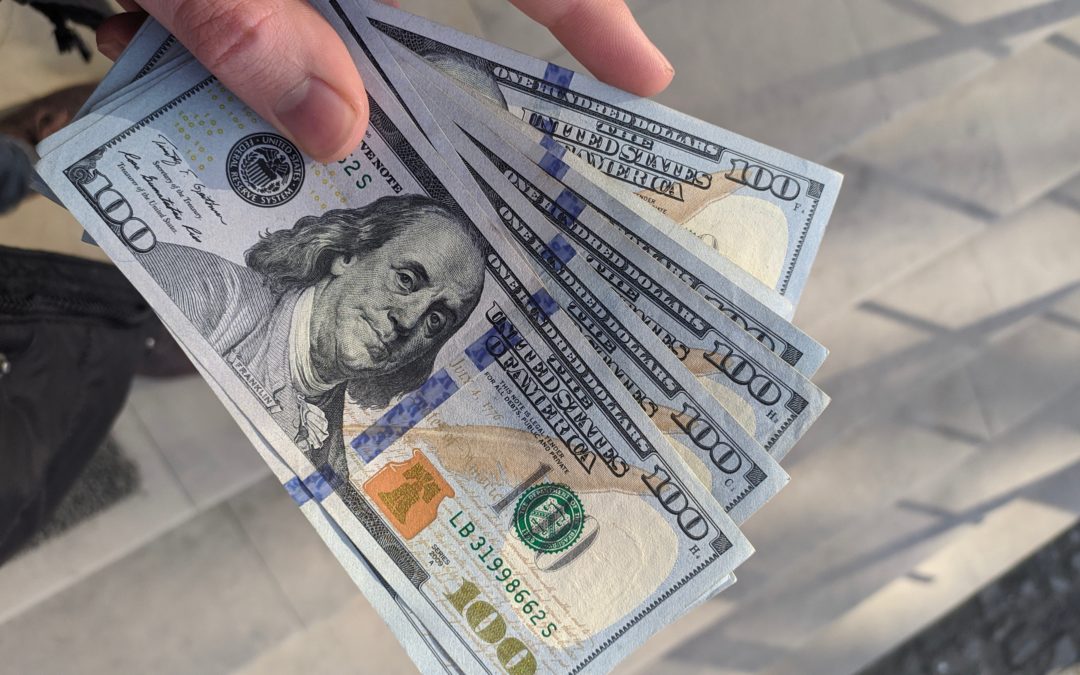 The U.S. Department of Commerce will release it’s personal income and outlays report tomorrow at 8:30 am. The indicator serves as a measure of wage growth and consumer spending. Tomorrow’s report comes on the heels of numbers released by the Commerce Department today that showed that the U.S. gross domestic product dropped 4.8% in the first quarter of the year. Tomorrow’s report will likely show the negative effects of the coronavirus on consumer spending in the U.S.

“Basically, it’s gonna show you that the economy ran into a brick wall in March,” said Ryan Sweet, who leads real-time economics at Moody’s Analytics.

Personal consumption expenditures, which measures consumer spending, will likely be down significantly in the report, as many states issued stay-at-home orders in March. Restaurants were required to suspend dine-in activities, and shopping centers closed or sharply curtailed their hours. The last time personal consumption expenditures were negative was in February 2019. Some economists see it falling as much as 8%.

Wage growth could pull back

Personal income is likely to decline, as many workers in industries hit hard by the virus were laid off. Most economists expect the figure to be down 1.5%. Workers in the travel and leisure industries were particularly affected, as air traffic reduced greatly and many recreational activities were halted.

Savings rate could hold steady, or even increase

The personal savings rate could hold steady for a couple of reasons. One reason is because of credit spending going down in March, as consumers started to pull back as the virus took hold in the country. Another thing that could keep it steady is that personal income will likely not fall as far as consumer spending.

Effect of federal help may be minimal

The main effects of federal assistance will likely not be seen in the numbers. The CARES Act was signed into law on March 27, but most eligible Americans did not receive their payments until April. However, the knowledge of knowing that the stimulus was on the way could have impacted spending habits in March.

More to come in later months

While the numbers in this report could be eye-popping, readers should remember that it may just be the tip of the iceberg. At the beginning of March, many states did not have social distancing measures in place. Therefore, the personal income and outlays report for months such as April and May will likely show even more of the damage done by the virus to the economy.