Big and small manufacturing plants reopen, with a top concern for worker safety 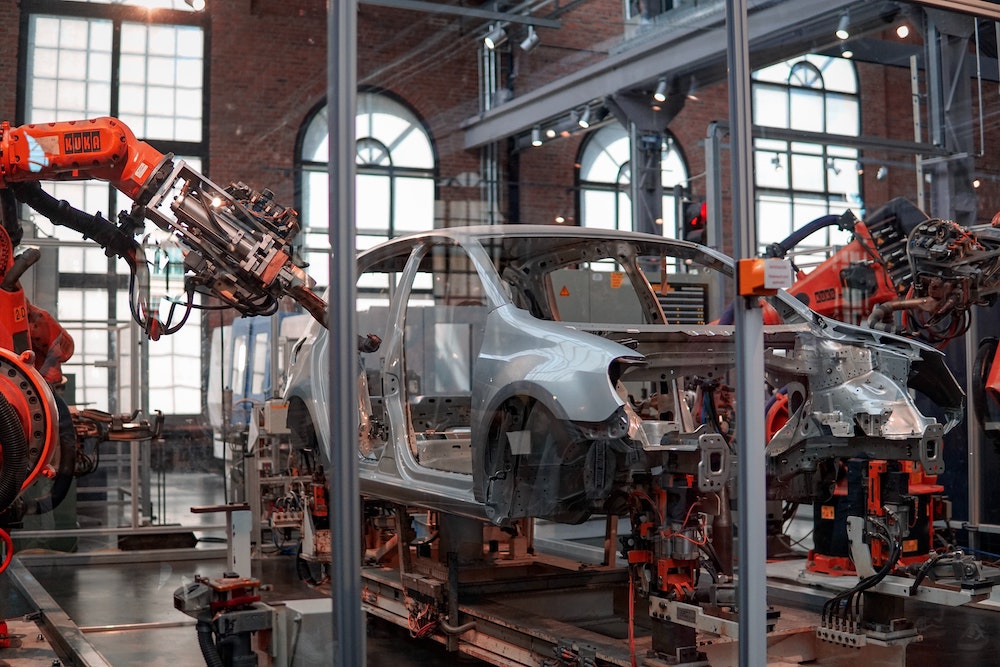 Elisha Tropper adapted on the fly to the new reality for his company, Cambridge Security Seals. The business occupies a 25,000 square-foot facility in Pomona, New York, manufacturing seals for global industries such as healthcare, aviation, and pharmaceuticals.

He ensured that the plant had adequate social distancing, procured masks and gloves, moved some employees to work remotely and limited visits to the site from strangers.

“We followed the established guidelines that were out there,” he said.

Tropper’s company stayed open as an essential business, but this month, other manufacturing companies face similar changes in their operations as they are set to be some of the first businesses reopening in states like New York and Michigan.

Companies have to assure workers that it is safe to return as well as comply with federal and state guidelines, which often requires redesigning work stations and areas in the plant. While large automakers have valuable experience on updated manufacturing processes from plants in other countries, small manufacturers in the country are making these changes for the first time, and some experts say that more guidance is needed from the government.

Manufacturing workers have expressed concern about returning to plants amid the pandemic. The United Auto Workers union, which represents workers at General Motors, Ford Motor Company, and Fiat Chrysler, deemed the proposed timeline of reopening in early May premature and long negotiations ensued on safety protocols.

Auto workers returned to work on Monday of last week. The first few days of workers returning to the plants have been better than expected, said Roy Gilbert, the president of the union, in a radio interview published yesterday.

“We feel we’ve got a pretty good system in place, we’ve just got to tighten up controls on the application of it,” he said.

In New York state, small manufacturers are also grappling with decisions around their workforce, according to Harold King, the president of a manufacturers’ association, the Council of Industry. The association is creating a set of best practices to guide members with these decisions.

“The biggest concern is assuring your workforce that it’s safe to come back,” said King. “Whether those are people on the factory floor or people in an office, whether it’s even wise to bring them back, whether you need to.”

Across the board, reopening manufacturing has meant new protocols and policies in plants. Changes involved can vary dramatically based on the type of manufacturing.

“Manufacturers who have employees working in cells that are close to each other face a different challenge than more heavy, automated manufacturers who can spread their employees apart,” said Everton Henriquez, who advises small and medium manufacturers in New York through the organization FuzeHub.

Big auto firms have operations all over the world, and many have tested and refined protocols while restarting production in countries that have already reopened.

Car plants have more breaks in the production so that cleaning can happen in between work. Workers arriving at the plant have staggered times so that people are not crowded at entrances and exits. Companies have said that they will issue temperature checks and health checks. Common areas are redesigned so workers can stay farther apart, and stations that require more than one person working on a car at the same time have been redesigned.

Smaller manufacturing firms have less experience, resources and guidance as they modify production and operations to protect workers amid the pandemic. Though business leaders like Tropper are adapting federal guidelines from the CDC and OSHA for their plants, some say that more direct guidance is needed.

Joel Greenwald, managing partner at the law firm Greenwald Doherty LLP, specializes in labor relations and employment law. While the firm does not specialize in safety, Greenwald and his team have sent clients comprehensive lists compiled from government guidance and other clients.

“I’ve been comparing us to weather forecasters,” he said. “Things are changing so frequently.”

There is no comprehensive list of guidelines, especially one that is relevant for different industries, according to Greenwald. His clients want to reopen with assurance that they are shielded from liability.

Overall, small manufacturers are implementing some of the same changes: conducting thorough cleaning, redesigning common areas, limiting contact between workers when shifts are changing and keeping shift cohorts the same over time.

Across the country, reopening and production will need to be met with market demand. May reopenings followed a loss of of 1.1 million jobs in manufacturing in April, and near-record lows for a month of sales in the auto industry. Ford and Fiat Chrysler reported losses of $2.2 billion and $1.84 billion in the first quarter of this year respectively. General Motors reported a net profit of $294 million, down 86.7% from $2.1 billion for the first quarter a year ago.

Analysts expect May to be a better month for auto sales, but that relies on assembly lines restarting and companies booking revenue when vehicles are shipped from factories to dealerships. Companies may continue to face disruptions in the supply chain globally as well as local outbreaks in plants. And market demand for autos has fallen 40-50%, though not as sharply as analysts expected, according to Dziczek.

Demand is top of mind for Tropper, too. He has seen big segments of the business shut down, including the orders typically placed by the airline industry. Existing customers have been more cautious in the quantity of orders placed, and some existing customers had urgent needs, which have caused minor disruptions in the smooth production and fulfillment process that the company used to have.

Still, he is hoping that orders may surge as other companies reopen, and demand for security seals expands in the current climate.

“Like everything else, if we can just continue to produce products, and stay on schedule, and do all the things we strive to do, there should be more opportunities.”