Trouble Down the Line for Manufacturing Workers 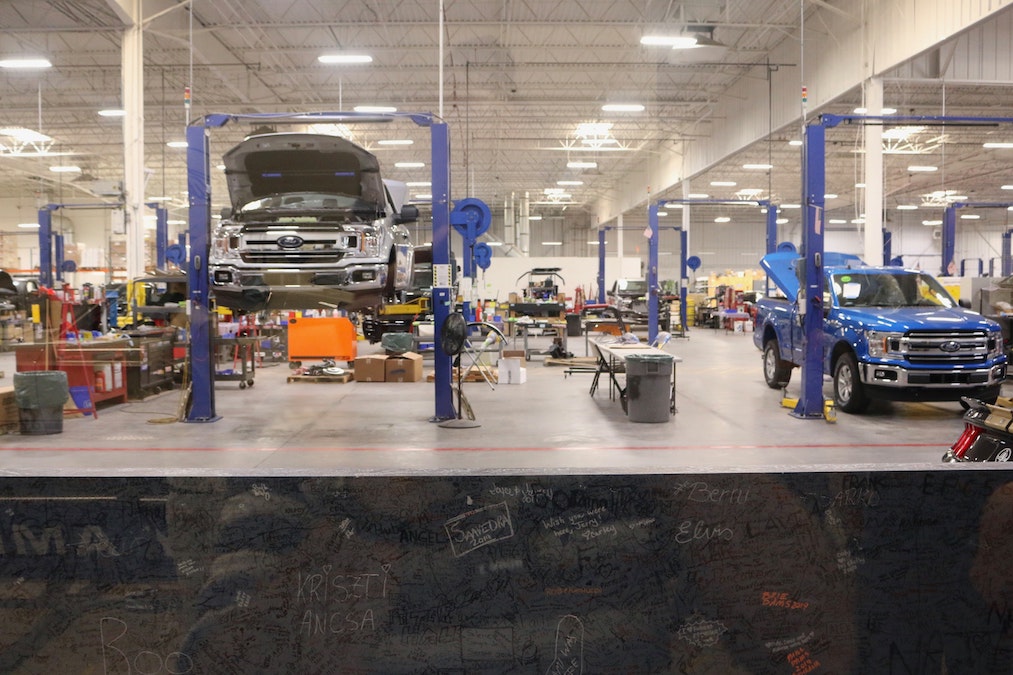 Unlike many of his coworkers, Graham Davis was relieved to be laid off from his job at Boeing.

Davis, who worked as an electrical maintenance technician at the company’s Everett, WA plant, was glad to know he would at least receive compensation when the company announced a second round of voluntary layoffs in August, allowing workers to choose to leave in return for a benefits package.

The world’s second largest manufacturer of airplanes, Boeing was in trouble even before the Covid-19 pandemic pulled the economy into recession. The situation became dire as air travel was grounded, leading the airlines who make up Boeing’s customer base to cancel orders for new planes. The company has responded to the shortfall by laying off more than 12,000 workers, including Davis, since May.

“I’m taking the VLO (voluntary layoff) and getting off this sinking ship,” said Davis.

The manufacturing sector has been rehiring workers since May. But with the demand for many products – like Boeing’s airplanes – lagging due to coronavirus-related restrictions and fears, the situation for manufacturers could spiral.

The cash crunch has gotten tighter for manufacturers as their corporate customers have reduced capital spending, exacerbated by federal assistance through the Small Business Administration dying off.

As lockdown restrictions have lifted manufacturers have rehired workers, adding 29,000 jobs in August, according to data released Friday by the Bureau of Labor Statistics. August’s figure shows the lagging pace of recovery in manufacturing, following the hiring of 330,000 workers in June and 41,000 in July.

Despite the summer job gains, there are still 720,000 fewer manufacturing workers than there were in February, before the pandemic forced widespread layoffs.

Now, without federal CARES Act benefits propping them up, consumers are shorter on cash. Economists say this could dampen job growth even more and the August job numbers may not accurately illustrate the situation going into September.

“Some of that likely reflects pent-up demand that was bolstered by government income support which has since dried up,” said Katherine Judge, an economist at CIBC, in reference to the continued hiring in manufacturing. “It’s a cup half empty in terms of getting back to where we started, with that fraction of the jobs lost in the initial lockdown remaining to be regained.”

Travel and restaurants have been either unavailable due to mandated shutdowns or, in many cases, financially out of reach to homebound Americans. They’ve instead been spending on necessities.

“There actually is surging demand for some products. A lot of Johnson & Johnson products, for instance, are highly in demand,” said Michael Englund, chief Economist at Action Economics. “But if consumers don’t have extra money to buy a new car or take a vacation, there will be more layoffs in manufacturing.”

Businesses are holding their checkbooks tightly, in many cases foregoing orders of new equipment during the economic downturn. Commercial aerospace manufacturers, like Boeing, and office furniture makers have been hit harder than other types of manufacturers.

“Many companies are holding off on capital investments for the rest of 2020,” said Timothy Fiore, Chair of the Institute for Supply Management (ISM), in the organization’s Manufacturing Report on Business released last week.

Even so, every manufacturing industry, with the exception of printing, reported an uptick in production activity in August, extending three straight months of growth, according to data from the ISM.

Transportation industry manufacturers – the segment of the industry hurt the most by the pandemic – have managed to rehire some of their workers, though not in the same numbers as other manufacturing segments.

Jobs in transportation manufacturing are down -8% from their pre-pandemic level in February compared to -5.6% across all manufacturers, according to Bureau of Labor Statistics data.

Fabricated metal manufacturers, like Laurens, SC-based TrueCore, have fared better than others. As of August, the sector’s employment is down only -3.7% from February.

TrueCore, which produces prefabricated metal panels outfitted with insulation for buildings and cold storage facilities, is bringing back everyone they had to furlough in April. “We’re expecting to hire 50 more people this fall,” said co-founder Dean Soll.

Without a major boost to hiring through the fall, though, many former manufacturing workers will have to consider other options.

Graham Davis isn’t looking for another maintenance job like he had at Boeing. Instead, he’s been in contact with recruiters at Tesla and SpaceX where he hopes to secure a job as an engineer.

“They keep telling me that I’m not qualified because I don’t have a degree in engineering, even though I have decades of real-world experience,” said Davis.