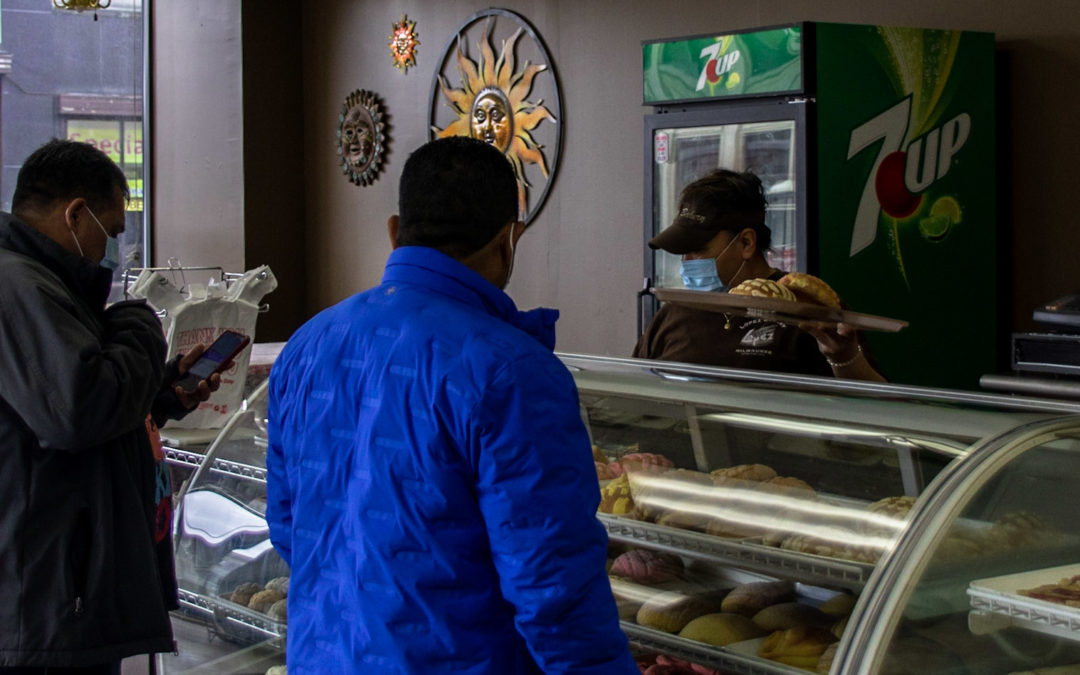 When the pandemic hit and Cindy Lopez had to shut down the 48-year-old bakery and restaurant she runs with her husband in Milwaukee, she worried she would have to close their business for good.

She fell behind on rent. She cut employees’ pay. She faced anxiety attacks when she realized she would have to lay some of her employees off entirely.

But Mrs. Lopez’s bakery survived because of a decision she made early in the pandemic to pivot.

Some minority-owned businesses survived by making a shift to reach customers in different ways.

Mrs. Lopez took to Facebook, promoting her homemade goods and encouraging customers to order and pick up via curbside delivery. She began only taking online orders the days the bakery was open and gradually began offering specials as more call-in orders trickled in.

“It’s a way to reduce all those overhead costs,” said Tessa McCoy, a regional economist and small business expert at the University of Wisconsin-Madison. “I think business owners will be trying to juggle both platforms and take advantage of online sales and customers that want to come into the store.”

Reaching customers also depends on the type of business an entrepreneur is operating, which can make shifting to online selling difficult for small businesses with only a few employees. The spike in e-commerce sales over the past year has widened the gap between big and small retailers. Minority-owned firms face competition and other gaps like assistance and reopening guidance.

Business owners of color in the service industry are arguably some of the most affected by the widespread impact of the pandemic. Additional factors include pre-existing health conditions, unequal access to healthcare, less access to bank loans and reduced help from lawyers and accountants.

In the U.S., there are over four million minority-owned businesses. 51.8% employ one to four employees, which can make keeping up with productivity and future innovation plans difficult.

In Wisconsin, between February and April of 2020, the number of small businesses opened decreased by 46%, with an overall revenue decrease of 55%, according to Opportunity Insights data.

The transition was particularly difficult for minority-owned businesses, many of which had to make the shift online without federal help. The Lopezes did not even apply for a Payment Protection Program (PPP) loan, fearing that they would be rejected by bank lenders. Instead, they dipped into their savings.

PPP loans were less likely to reach minority-owned businesses. According to a Small Business Credit Survey, eighty-two percent of small businesses applied for PPP loans, while only 37% of applicants received the funding they sought. Hispanic-owned businesses received 7% of loans, and only 2% of loans were granted to Black-owned firms.

But for businesses that make the transition successfully, the shift could carry long-term benefits.

Economists and advocates argue small businesses that made the move towards digital sales not only have built-in convenience to reach customers but can now gauge online traffic.

While digital marketing is expected to stick around, Ljung expects curbside pickup to do so as well. If the customer service trend picks up, it may depend on sales offsetting labor demand in order to keep curbside around.

“I think it’s here to stay, and something that most business owners are just going to keep embracing,” said Ljung.“Consumers will likely want to have that potential way to shop and access different services.”

Additional customer service perks depend on sale profits.“As long as the costs are worth the potential sales coming in, I can see where businesses will continue to do that,” said Conroy. “I just don’t know where the tipping point is.”

For Jonathan Dye, owner of Mr. Dye’s Pies, a local pie shop on the northside of Milwaukee, his e-ecommerce sales have helped him tread water.

Mr. Dye worked as investment advisor up until he launched Mr. Dye’s Pies ten years ago. In 2019, he began accepting Bitcoin and found the cryptocurrency cutting edge, giving him another audience to market to. 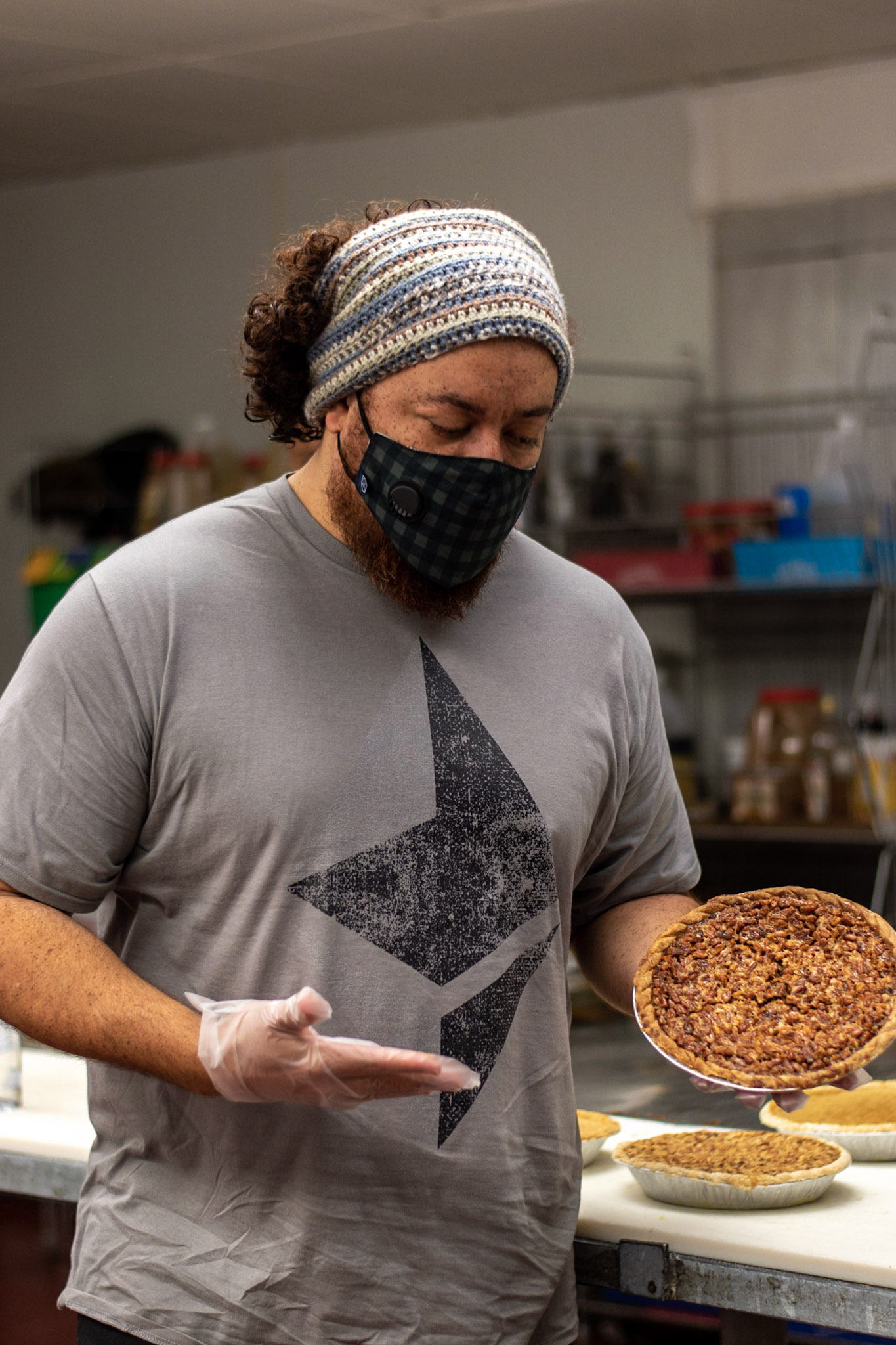 Jonathan Dye makes pies out of a shared kitchen on the Southside of Milwaukee, Wisconsin. (March 24. 2021/Ana Ramos)

“In the traditional business world, black and brown businesses are a disadvantage when it comes to capital, access to markets and technology,” Mr. Dye said.

Mr. Dye is expecting sales to pick up as he moves towards marketing his pies in grocery stores around Milwaukee.

This could mean closing the door on brick-and-mortar retailers is unlikely to be the long-term trend, but rather a mark of forthcoming permanent digital changes.

Mr. Dye’s adjusted digital approach to sales has helped him stay in business and the effect could prove to be lasting.