5 Things to Watch For in March’s International Trade Report 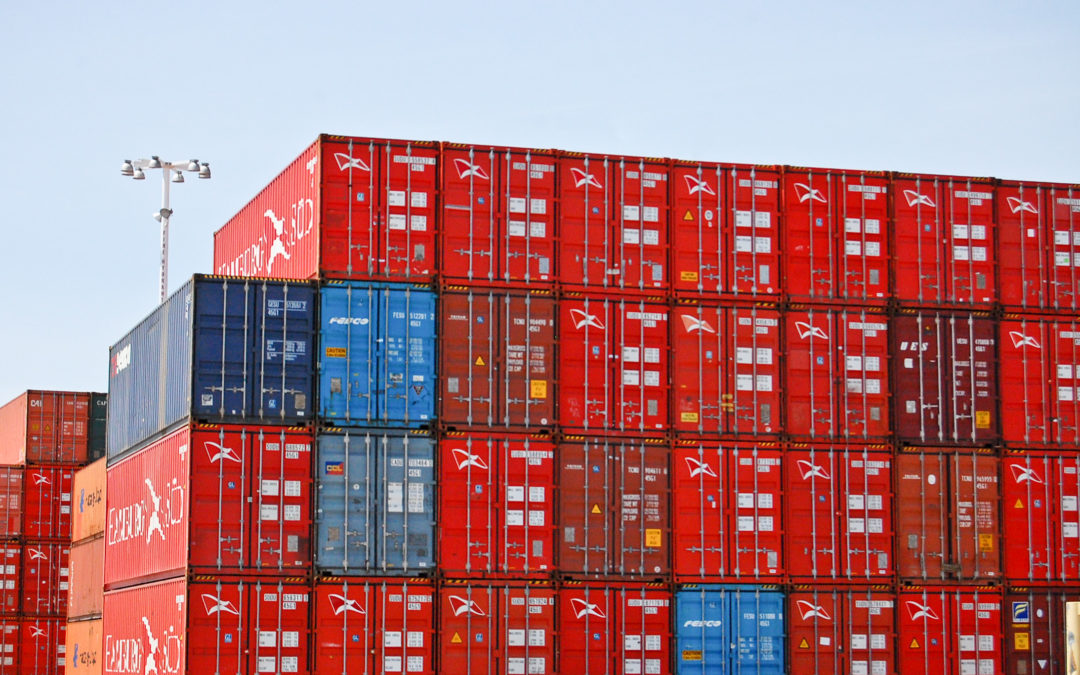 The March international trade report is expected to deliver news of another record-breaking trade deficit. The U.S. is importing and exporting more, a sign that the economy is finding its legs as it recovers from the pandemic-induced recession. The trade gap is expected to be $90.6 billion, a 4% increase from February.

Here are five things to look for when the report is released on May 4.

Imports keep climbing
The American economic recovery – however rocky it may feel domestically – is still outpacing its European and Asian counterparts. Vaccine distribution kicked into high gear in March: Seventeen states announced eligibility for all residents ages 16+ by March 31 with another 19 states announcing eligibility by April 7, according to U.S. News & World Report. In February, Americans spent $219.1 billion on imported goods, and March is expected to be even higher. For now, service-based businesses remain out of reach due to the pandemic, although mass vaccination campaigns and warmer weather may change that trend for the incoming quarter.

Exports also on the rise
Even though America’s trade partners are trying to shake off the pandemic, international consumers still haven’t recovered in terms of buying power. Exports are rebounding and are expected to outpace imports by about two percentage points this month. But the trade deficit will still grow from February’s high of $71.1 billion.

A Suez crisis? Not quite.
Remember the Ever Given? For a week in March, the massive container ship was the bane of shipping companies worldwide. But experts don’t expect the stuck vessel to have much of an effect on the trade report because the United States relies more heavily on the Panama Canal and the shipping routes across the Pacific Ocean.

“In terms of the U.S., it doesn’t seem to be having a massively detrimental impact,” says James Knightley, chief international economist at ING Bank.

The real pain points for America’s supply chains are its busiest ports, Los Angeles and Long Beach. Backups in port traffic in Southern California have resulted in delays for imports arriving into the country as ships spend up to a week waiting to dock and offload their cargo. The increased demand and the traffic jams have created a shortage of shipping containers, leading some U.S. companies to get creative and send empty containers across the Pacific to rent out to Chinese and South Korean shipping firms.

The stimulus worked
In February, the U.S. imported almost $260 billion in goods, a number experts expect to be eclipsed by March. Most Americans received a $1,400 stimulus payment in March and promptly spent that money on imported goods.
“It’s ironic, but the U.S. tends to export stimulus,” says Michael Englund, chief economist at Action Economics.

Those exported stimulus dollars showed up across a wide range of economic sectors, leading to shortages in both the auto and timber industries. The demand for home improvement materials has exacerbated a lumber shortage caused in part by a beetle infestation in Canada. Meanwhile, an ongoing semiconductor shortage and a rubber shortage has automakers’ inventories at historic lows, with some manufacturers saying it could take up to a year to recover.

American consumers might not be willing to wait that long. But with restaurants, bars and the like reopening across the country, spending on goods may be diverted towards service-based businesses in the coming months anyway.

Brighter days, literally
The winter storms that hammered the northeast and Gulf Coast in February brought many major cities to a halt. Texas sat in a deep freeze for almost a week, and New England and Mid-Atlantic states were hammered with multiple snowstorms. Experts say it will be difficult to attach a dollar amount to March’s improved weather, but its value should not be discounted.