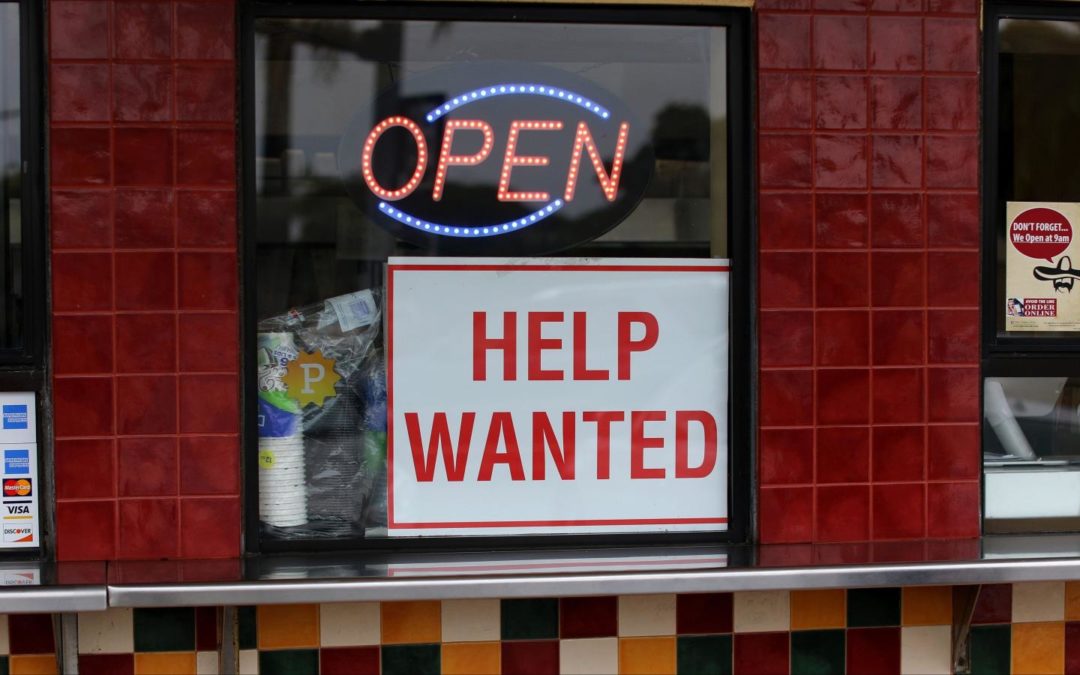 The job market stumbled last month, dampening hopes for rapid economic recovery amid the coronavirus vaccination rollout, while crystallizing debate over the health of the economy.

In one bright spot, the unemployment rate rose slightly to 6.1 percent as over 430,000 people rejoined the labor force, the largest gain in six months. Still, there are 8.2 million fewer jobs than in February 2020 before the pandemic hit.

Conflicting data make it difficult to gauge how seriously to take last month’s hiring downturn. Increased consumer spending in April, climbing vaccination rates, and relaxing business restrictions have primed the economy for robust recovery. But some businesses have struggled to attract employees, while others encountered supply-chain constraints, which could temper economic growth, at least temporarily.

“We can’t assume that anything about this recovery is on autopilot, and this was a good reminder of that,” said Nela Richardson, ADP’s chief economist, of the lackluster report.

Friday’s anemic jobs report has spurred criticism from Republicans and some employers that extended jobless benefits, enacted in March as part of the government’s pandemic relief package, has created a labor shortage across the economy, a claim some economists say has merit.

“Research using Glassdoor in the past has shown that more generous unemployment benefits can reduce the intensity with which people look for jobs, meaning they apply to fewer jobs,” said Daniel Zhao, senior economist at Glassdoor.

But the president rejected the argument that the additional $300 per week for unemployed Americans, set to expire in September, has slowed down hiring. Instead, the president said the slower-than-expected pace of the recovery was a temporary bump in the road until the broader American population is fully inoculated.

“Our efforts are starting to work, but the climb is steep, and we have a long way to go,” said Biden.

Other economists say reduced job gains aren’t necessarily a bad sign and may be good for the economy in the long run.

“Think of the labor market right now as a marriage market,” noted Richardson. “You’re looking for that perfect pairing between worker and firm. Yeah, there’s enough, but is it the right match?” She added, “That leads to a much more robust labor market than if a worker has to take the first offer that comes along because they need the money.”

Economists point out that other factors are likely curtailing labor force participation more so than jobless benefits.

“There is still concern about the variance of the virus. Vaccinations, while we’re seeing a lot of promise, still have not met a number of people in the workforce,” said Beth Ann Bovino, chief U.S. economist at S&P Global. She added that the economy is reopening ahead of schools, leaving some parents without child care.

A U.S. Census survey conducted in late March found that about 4.1 million adults aren’t working because they are afraid of getting or spreading the coronavirus.

The same survey found that 6.3 million people reported they were not working because they needed to care for a child that wasn’t in school or day care. Another 2.1 million were caring for a senior citizen.

Sarah Matthews, 31, lost her waitressing job at an On the Border Mexican Grill & Cantina in Oklahoma City last year when the pandemic hit. She’s been receiving unemployment benefits ever since.

“There’s a social aspect to it I miss — talking with customers, seeing co-workers,” she said. “But I don’t think the salary is worth the risk.”

Matthews says she makes about the same on unemployment benefits as she did when she was working full-time. She has received her first vaccination dose and hopes it’ll be safer to work again by the time her jobless benefits run out in September.

Despite the weak hiring overall, other signs signal the labor-market recovery is gaining strength.

Jobless claims dropped 92,000 last week to 498,000, the lowest point since the pandemic hit, which counters the narrative that unemployment benefits have created a labor shortage.

But jobs in transportation and warehousing, including employment for couriers and messengers, declined by 77,000, possibly a result of reopened stores and restaurants.

Manufacturing employment fell by 18,000 because of a 27,000 decrease in the automotive industry, where carmakers were hit by the global shortage of semiconductors. Jobs in temporary help also dropped by 110,000 in April.

Jack Wheeler, the owner of three boutique bed and breakfasts in Texas, said the businesses have seen an uptick in reservations since the governor lifted pandemic restrictions. Bookings surged as high as 24 percent in April compared to the same time last year.

“I think people are starved for travel, for eating out,” said Wheeler. “That’s what people have been missing this whole time, and they’re ready to get back to normal.”

To meet the surge in demand, Wheeler says he’s been interviewing and hiring new employees, mostly cleaning and maintenance staff, though he notes his businesses are not as fully staffed as they were before the pandemic.

Friday’s disappointing report suggests the expectation of an economic boom may be misplaced.

“My crystal ball is on backorder at Amazon,” said Richardson. “I don’t know when it’s going to come.”