Even in states like Texas, the high cost of materials threatens housing affordability 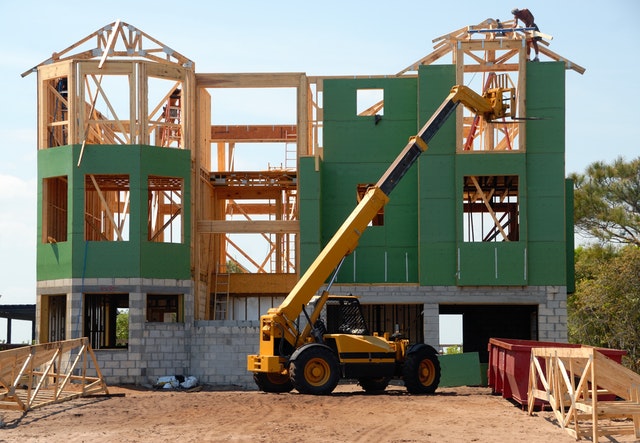 Eddie Franz has been in the homebuilding industry in Houston, Texas, since 1972. He weathered the financial crisis in the ‘80s and survived the 2008  recession, but the challenges he faces now are unlike anything he has ever seen before.

“The sheet of plywood that we put on our roof to put shingles on would normally cost about $8.32 a sheet,” said Franz, CEO of the custom homebuilding company Lancaster Homes. “That sheet cost $36.22 today.”

Homebuilders are experiencing lumber shortages and prices for materials are rising exponentially. The National Association of Homebuilders says the price of lumber has risen by 250% since last spring. As a result, the high cost of materials has led to more expensive new homes.

The increased demand for new homes and the steep price of materials are threatening housing affordability even in Texas, a state once considered one of the most affordable. Companies and workers are flowing into Texas from more expensive states, but homeowners aren’t selling, fueling demand for new home construction. But the shortage of materials has increased the time it takes builders to complete a home, further tightening the market, and along with the high cost of materials, forcing up prices.

“Rising material costs have been adversely affecting housing affordability and affordable housing for about a year now,” said David Logan, senior economist at the National Association of Homebuilders.

The pandemic heated up the housing market because interest rates were low and the inventory of homes for sale contracted, as people left apartments in large cities for homes in the suburbs. As a result, homebuilders have been energized to build desperately needed new homes, but lumber production has lagged behind demand.

“It’s causing a lot of challenges and disruption in a market in Texas where demand is already limited and prices are going up even without this,” said Scott Norman, executive director of the Texas Association of Builders.

The National Association of Builders estimates that softwood lumber costs have tripled over the past year. The association also estimates that the increase in lumber prices has added about $36,000 to the price of an average single-family home and $119 more a month in rent for a new apartment.

The price increases are even higher in Texas. Norman said he heard from his members around the state that the high lumber prices have added $40,000 to $50,000 to the price of a new,  single-family home in Texas.  “That’s obviously causing real problems from a materials cost perspective,” he said. “But it’s affecting homeowners as well because those cost increases are rolled into the price of housing.”

The cost of steel and aluminum, other materials used in home construction, has also increased. 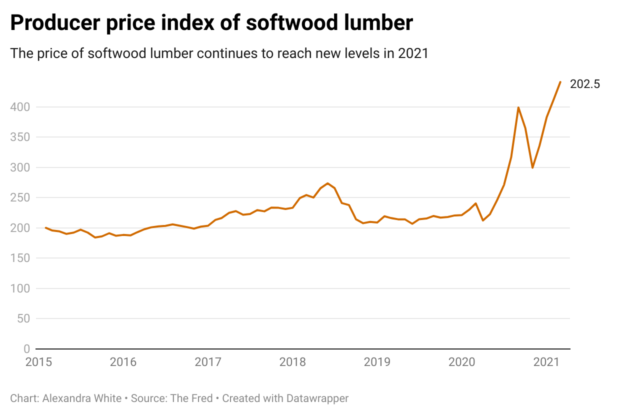 Franz said the impact on his business has been significant. Sometimes the homes he builds end up being much more expensive than he anticipated, narrowing his profit margins.

To avoid losing money on a project, some homebuilders have resorted to including a price escalation clause in a fixed-price contract, helping them avoid absorbing surprise high costs.

Unfortunately, homebuyers have few options to avoid price hikes if the homebuilder includes an escalation clause. Norman said some homebuyers struggle to afford the cost increase once the home is completed. “Can the homeowners qualify for that increased amount at closing?” he said.

Texas used to be known as one of the more affordable states, but now home prices are rising quickly. In just one year, the median home price in Texas has increased 13.2%, according to the Texas Real Estate Research Center. The increases were even more dramatic in fast-growing Austin and Dallas, where median home prices increased by 22.4% and 16.9%, respectively.

More people have moved to Texas from expensive, high-tax, states like California to purchase cheaper, more spacious homes in a state with no income tax.

Even tech companies like HP, Tesla, and Oracle have planned on moving their headquarters to Texas to take advantage of the low taxes. While these moves are good for the overall Texas economy, homebuyers in Texas do not earn salaries that can compete with the traditionally high salaries of tech workers.

“These tech-industry households from California, they earn really high wages,” said Luis Torres, research economist at the Texas Real Estate Research Institute. “They’re able to purchase these houses, and they push up prices on the rest of the homes.” 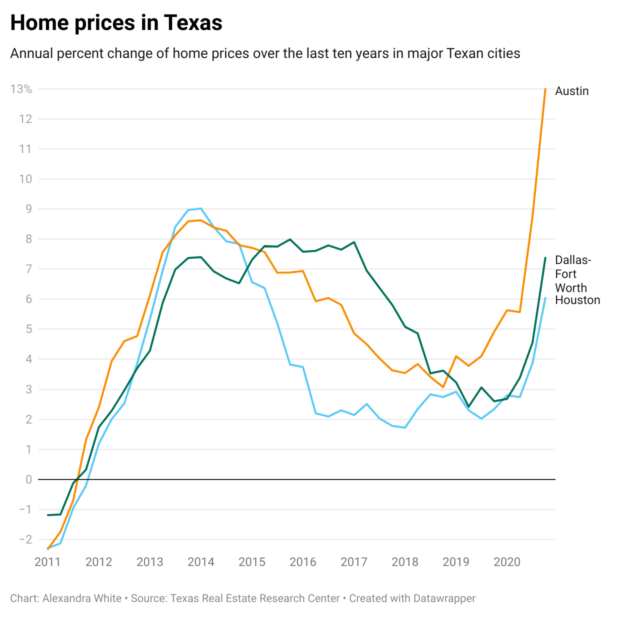 As in the rest of the country, Texas is in dire need of more homes for sale. Housing starts are up, but it is taking much longer to build. The pandemic has also led to supply-chain issues that mean it takes much longer for materials and appliances to be delivered.

“Builders cannot build houses fast enough,” said Chad Durham, president of the Home Builders Association of Greater Austin. “In 2019, it took four to five months to complete a home and in 2021, it is taking six to seven months.”

“Houses used to take six months to build,” said Franz. “You’re lucky if you get it built in a year.”

The Texas Real Estate Research Center noted in its April housing report that Texas home sales have shifted toward high-priced homes because of the shrinking number of homes for sale at the lower end of the price spectrum. The share of luxury home sales increased by more than 10 percentage points in March from February.

There aren’t enough lower-priced homes for people with middle-class incomes. “You’re seeing luxury homes becoming a larger part of the sales because there are more of those homes available for sale,” said Torres.

Entry-level homes are still in high demand and selling fast, but they are not as economically viable for homebuilders to build. “It’s difficult for them to build a home in that price range when you face such high price numbers,” said Torres.

Economists say it is unlikely homebuilders will be able to build enough homes to increase inventory and moderate the high price of homes.

“It’s unlikely that any market in Texas, even Austin, will get as out of control as California,” he said. “But housing affordability is a growing issue in all big Texas cities as the gap between income and housing prices grows.”