Fewer Kids are Going to College. Here’s Why That’s Bad News for the Economy. 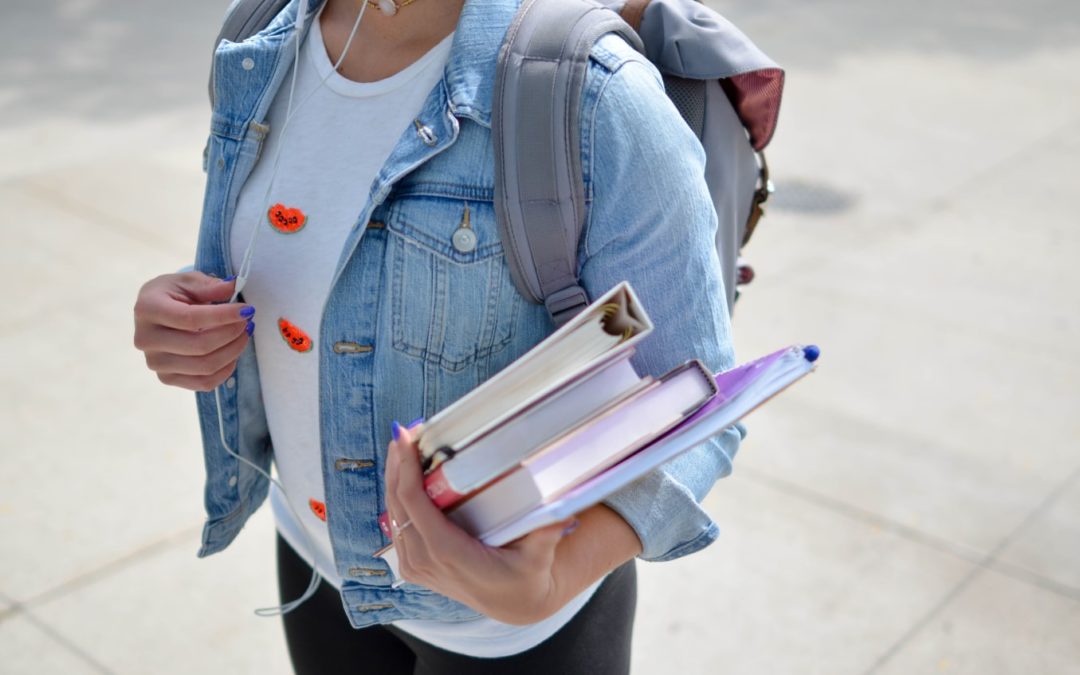 High school senior Chris White planned on attending University of Texas at Arlington, a local university about a 30-minute drive from his home. But then covid hit, his father lost his job because of pandemic-related lay-offs, and he struggled to adapt to remote and blended learning. Now, the 17-year-old says he’s considering either attending a trade school or enlisting in the military.

“I was worried about how I’d pay for it [college] even before the pandemic,” he said, citing his family’s low-income levels.

White is one of hundreds of thousands of students who opted out of college this year. Undergraduate enrollment is down 4.2 percent from last year. Most of that decline impacted community colleges, where enrollment dropped by more than 10 percent.

The pandemic has accelerated the financial woes of cash-strapped students and parents, who are questioning the viability of a traditional four-year college education. While some may think the trend will be a temporary response to the devastation of the coronavirus pandemic, more likely the scars will be felt permanently for millions of individuals and the U.S. economy.

During the Great Recession a decade ago, college enrollment spiked, particularly among out-of-work older adults. College enrollment usually rises during recessions, but the opposite is true now. The decline in college enrollment highlights the economic devastation the coronavirus pandemic has wrought on the nation’s economy. But fewer students pursuing college degrees doesn’t bode well for individuals or the broader U.S. economy.

“The reality is that the pandemic has disrupted the education of the next generation of young professionals,” said Doug Shapiro, the executive director of the National Student Clearinghouse Research Center, “and that’s going to have immense consequences on their career options, their livelihoods.”

College enrollment has been on a downward trend for a decade. A 2019 Gallup poll found just over half of Americans, 51 percent, believed a college education was “very important,” a 19-point decrease from the 70 percent of U.S. adults who said the same in 2013.

Student enrollment at colleges fell 11 percent nationwide between 2011 and 2019 — from public state schools and community colleges to for-profits and private liberal arts schools. By fall 2020,  about 460,000 fewer students were enrolled in U.S. colleges than in fall 2019.

“It’s true that the pandemic brought on this year’s enrollment declines, but covid just accelerated something that was already in the works,” said LaVerne Evans Srinivasan, the vice president of Carnegie Corporation of New York’s National Program and program director for Education. “We need a robust cradle-to-career education system that prepares high school students for their jobs after school.”

A recent survey found that more than half of high school students are open to something other than a four-year degree, sinking 20 percent in the last eight months from 71 percent to 53 percent. The same survey found that 70 percent want to follow their own educational path.

Underlying the skepticism about college degrees is a compelling economic reason: cost. The average tuition and fees, plus room and board, for a four-year private college averaged $54,880 in the 2020-21 school year, while the same costs for four-year, in-state public college averaged $26,820, according to the College Board.

Parents and students cite hefty price tags attached to college and debt burden as their top worry regarding higher education. According to The Princeton Review’s 2021 College Hopes & Worries survey, 41 percent of respondents — 42 percent of whom were students, and 36 percent of whom were parents — chose “level of debt…to pay for the degree” as their chief concern.

The same survey found that 98 percent of families said financial aid would be necessary to pay for college. As a result, the majority of high school students also said they are applying to more affordable colleges. Another third said they were applying to colleges closer to home.

The pandemic has altered the landscape of higher education in many ways, with the prevalence of remote learning being one of the

The pandemic necessitated remote learning instead of in-person classes, a seismic shift that came with many pitfalls, from unreliable internet access to Zoom fatigue. Without the supportive environment of attending in-person classes, many students have found it difficult to justify the costly investment of college. Undergraduates have expressed extreme frustration with online learning, especially because most are paying the same high cost as they were paying for in-person education.

“It doesn’t make sense to pay full-price for college when online-only classes pale in comparison to learning in-person,” said Daphne Lopez, who chose not to enroll at University of Texas at Austin in her hometown of Arlington last fall.

Lopez has been working part-time as a barista at Starbucks. She lives in the same house as her grandmother, who is immunocompromised, so the 19-year-old hopes to enroll full-time at college when vaccination rates are higher.

The pandemic has devastated the job market, wiping out millions of jobs. The U.S. unemployment rate was 6.1 percent in April, up from 3.5 percent last February. But weak enrollment rates at institutions of higher education could weaken the economy’s recovery.

For Nathan Grawe, an economics professor at Carleton College, whose research focuses on how family background influences educational and employment outcomes, the number of students who put off college may pose significant economic loss, not only in students’ own lives, but also for the broader economy.

“The impact of the pandemic on students’ incomes and the economy as a whole will likely be long-lasting,” said Grawe. “When students leave school, especially students from low-income families or students who are the first in their families to go to college, they rarely return. That reduces their job and wage prospects for the rest of their lives.”

There is data to support Grawe’s concerns. Delaying college during the pandemic could cost students $90,000 in lifetime earnings, according to a study from economists at the Federal Reserve Bank of New York. A separate study from the National Student Clearinghouse found only 13 percent of college dropouts return, and even fewer graduate.

“With the unemployment rate still high, many students and parents are wondering if college is worth the cost,” he added, “but a college degree is more valuable because of the pandemic, not less.”

Shapiro predicts enrollment rates will be slightly higher during the fall of 2021, but below pre-pandemic levels.

“It’s going to be a long road back for undergraduate enrollment declines,” he said, “especially among students from marginalized groups who the pandemic hit hardest.”